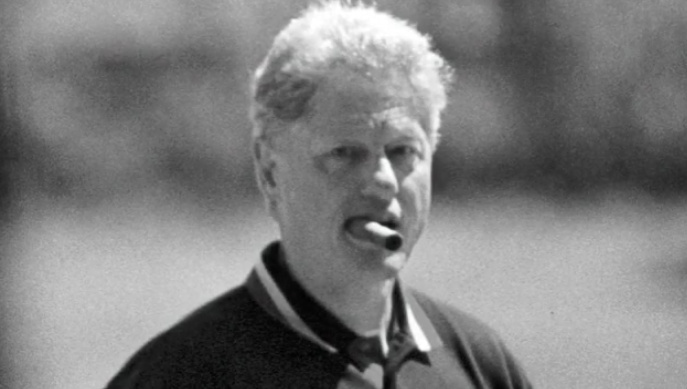 The gloves are coming off. Bill & Hillary should both be a prison cell somewhere instead of running around the world raising millions of dollars while so many lay dead or ruined by these two criminal con-artists!

The brief video shows an image of former President Bill Clinton smoking a cigar while audio snippets play of interviews with Kathleen Willey, who accused Clinton of sexually assaulting her in 1993, and Juanita Broaddrick, who accused him of raping her in 1978.

Then the image changes to a picture of Bill and Hillary Clinton with the text, “HERE WE GO AGAIN?” with audio of Hillary cackling.

The ad is the latest reference Trump has made to the former president’s record with women. In a Hannity interview last week, he brought up the rape allegation. More

Amazing that Crooked Hillary can do a hit ad on me concerning women when her husband was the WORST abuser of woman in U.S. political history