Some great advice. She’s just too obsessed with having lost the election, she just can’t seem to believe it or to accept that little fact.

President Trump on Saturday criticized Hillary Clinton, the Democrat he defeated in the 2016 White House race, for her recent and repeated questioning of the election results.

“Crooked Hillary Clinton is the worst (and biggest) loser of all time,” Trump tweeted. “She just can’t stop, which is so good for the Republican Party. Hillary, get on with your life and give it another try in three years!” 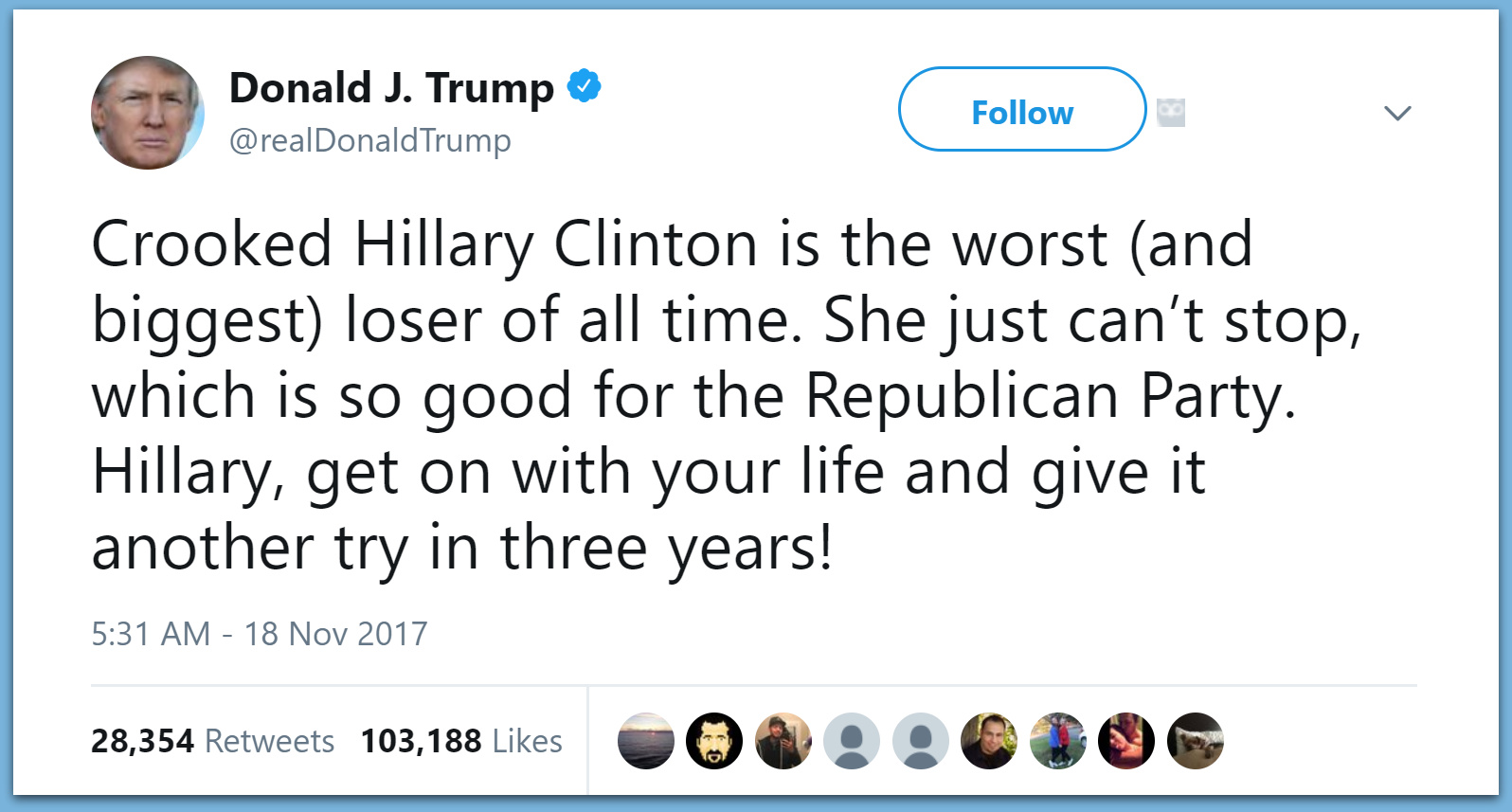 The Republican president was likely responding to a Mother Jones interview published Friday in which Clinton questioned last year’s election results, amid evidence that Russia tried to influence the race outcome. She called for an independent commission to investigate the matter.

Most Americans can agree that we don’t really like politicians. That’s why we voted for someone who was not one.