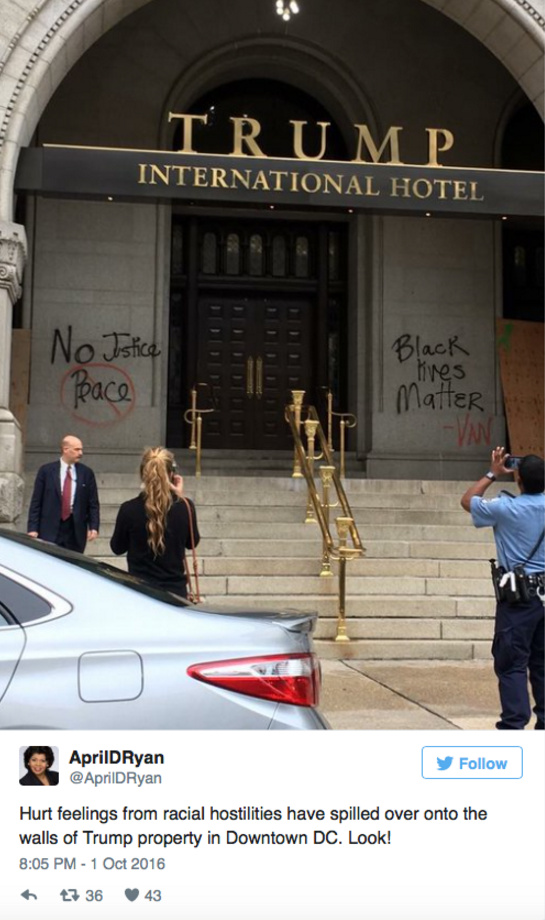 Hurt feelings spill over? No, that’s called vandalism and law-breaking, not ‘hurt feelings’.

Hotel workers covered the graffiti with plywood after it was discovered.

The luxury hotel opened in mid-September on Pennsylvania Avenue, just a mile from the White House.

Video of the man who did it. You can hear someone calling the police as the man is doing it. More