How was this Paris Accord ever seen as in America’s best interest? Trump’s blunt and accurate criticisms are an indictment of the destructive policies of the Obama regime.

Why was everyone so quick to sign up? American dollar signs glowing in their eyes. No other reason… The entire purpose of the climate change scam is to collapse the middle class.  How long till Progressives spontaneously combust on live TV? 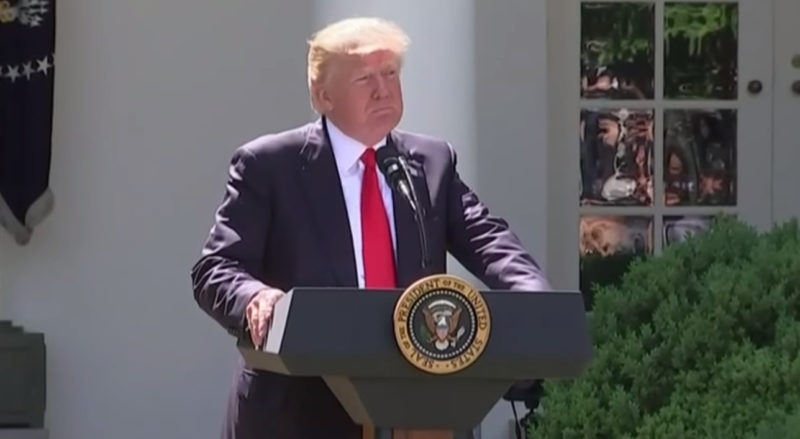 Daily Caller: President Donald Trump said a U.S. withdrawal from the Paris climate agreement is “in America’s economic interest and won’t matter much to the climate.”

“The United States will withdraw from the Paris climate accord,” Trump said in the Rose Garden Thursday, announcing his pulling out of the Paris agreement, which the Obama administration joined in 2016.

“I was elected to represent the citizens of Pittsburgh, not Paris,” Trump said.

Trump made good on his campaign promise to withdraw from the Paris agreement after months of internal struggle within the White House. Trump said Paris puts the U.S. at an economic disadvantage and is being pushed by economic competitors.

“This agreement is less about the climate and more about other countries gaining a financial advantage over the United States,” Trump, specifically singling out China and India.

China and India joined the Paris agreement in 2016, but neither have plans to reduce greenhouse gas emissions. China said it would “peak” emissions by 2030 and India has been promised foreign aid to boost green energy production.

“They can do whatever they want for 13 years. Not us,” Trump said of China. More