President Trump: “I Was Elected to Represent the Citizens of Pittsburgh, Not Paris.”

It’s about time we have a president who looks out for America and the welfare of its citizens. This climate agreement was nothing more than the largest tax on the American people in the history of mankind! It would have also caused our fuel bills to increase to the point that most citizens would be unable to heat their homes. 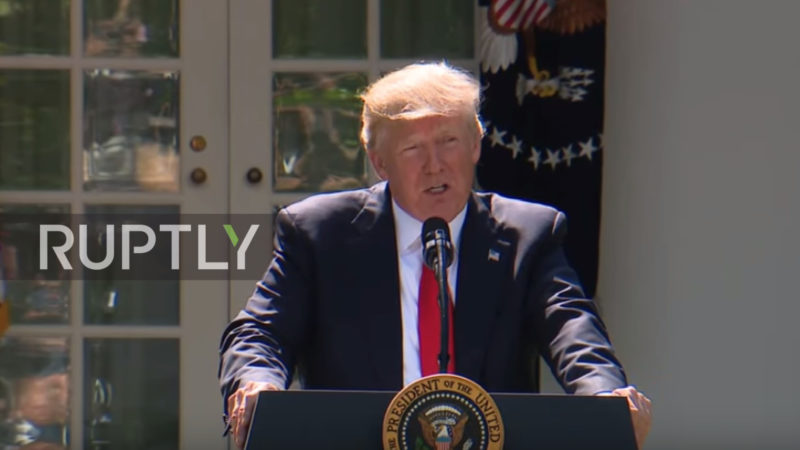 With his decision to withdraw from the Paris climate agreement, President Trump just gave the #ResistTrump crowd a new reason to hate him. Meanwhile, his supporters can add another check mark in the “promised kept” category. We all know how rare it is for a politician to actually do what he promised he’d do while campaigning for office. Now it’s up to Trump supporters to make sure they have his back…

President Trump said he was elected to represent the citizens of “Pittsburgh, not Paris,” during remarks Thursday explaining his decision to withdraw the U.S. from the Paris climate agreement.

“We want fair treatment for our taxpayers,” he said. “We don’t want other leaders and other countries laughing at us anymore, and they won’t be. They won’t be. I was elected to represent the citizens of Pittsburgh, not Paris.”

Trump appeared to name-drop Pittsburgh because of its historic ties to the coal and manufacturing industries.

The mayor of Pittsburg, Bill Peduto, took to Twitter to show his opposition to and disrespect for our president who dodged a major bullet by his brave decision to not go along with the Paris Agreement:

As the Mayor of Pittsburgh, I can assure you that we will follow the guidelines of the Paris Agreement for our people, our economy & future. https://t.co/3znXGTcd8C

Apparently, not everyone who follows the radical mayor of Pittsburg agreed with his tweet. Here are some of the responses he received:

You’re more likely to be shot or killed in Pittsburgh than in Chicago. Maybe mayor Peduto should fix that before the climate @PressSec #MAGA pic.twitter.com/uigrOKxHxQ