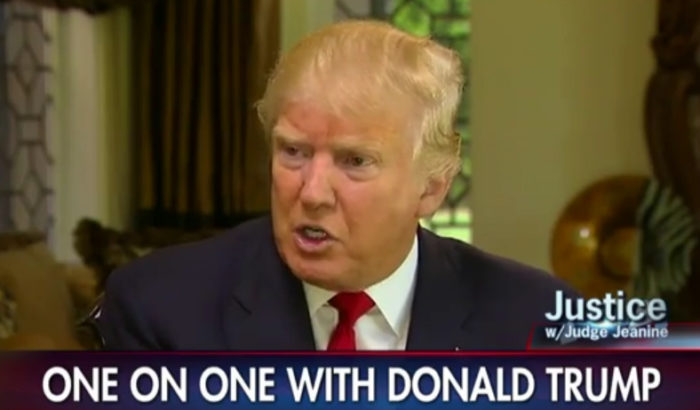 A person has to ask yourself why the liberals who preach equality constantly, do not practice what they preach ever! Interesting these same liberals incite riots and assault innocent people.

The presumptive GOP nominee asserted that his campaign has been so successful because of the Obama administration’s terrible mismanagement of the U.S. economy, foreign policy and a host of other issues.

Trump pointed out that many American workers are being hit hard by unemployment and a lack of pay increases, which is why the economy is the primary concern for American voters.

Additionally, Trump said, Obama’s strategy for pulling out of Iraq has been disastrous and has directly led to the rise of ISIS, which is why national security, terrorism and immigration are also viewed by voters as major problems facing our country.

“Look at the mess the world is in,” Trump said. “If the politicians never entered office for the last 15 years – that includes Obama and it includes more people than Obama – you wouldn’t have the problems that you have today.” More