Thank you, President Trump, for cutting all the waste. Michelle had 24 people on her staff. Melania only has 5! Now that’s what I call WINNING! And we’re never going to get tired of it! 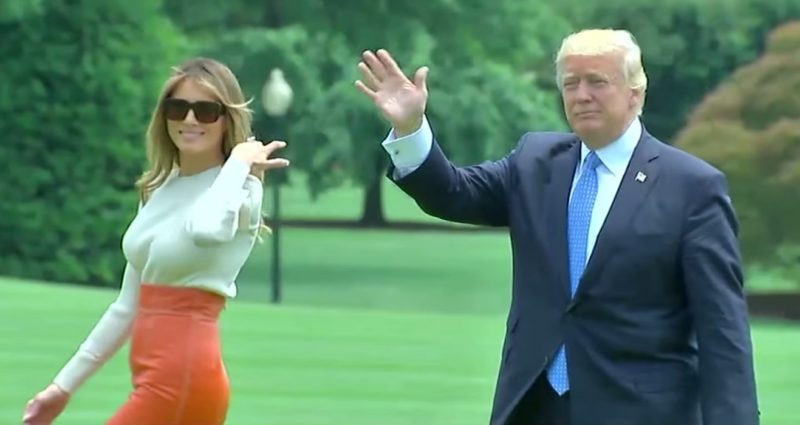 100%FedUp: The White House payroll is an excellent example of Trump’s commitment to shrink government and save taxpayers money. The White House released the report of Trump’s staffers’ salaries in a 16-page report on Friday, resulting in projected four-year savings of more than $22 million. Not only is President Trump refusing to take his $400,000 salary, but also eliminating czars (which Obama came under fire for hiring starting in 2009), expensive “fellowships”, and spending on FLOTUS staff.

Daily Caller: An analysis of White House salary data reveals that President Donald Trump’s administration is spending $5 million less of taxpayer money on his staff than his predecessor.

Trump employs 377 people at the White House, with a total of $35.8 million, while former President Barack Obama paid $40.9 million for 476 employees in 2015, according to data analyzed by Open The Books. (RELATED: White House Releases Employee Salaries)

Another key difference between the Obama and Trump White House is the first lady’s staff. Michelle Obama retained 24 staffers in the first year of the Obama White House. Melania Trump currently employs four — a chief of staff who is also listed as advisor to the president, a deputy chief of staff, a communications director, and a scheduler. More

Forbes: Here are some key findings:

Trump also eliminated positions in the White House Leadership Development program which was instituted by President Obama in 2015. Positions included that of Elaine Ho at a salary of $158,700 who was in charge of working with the Office of the First Lady to implement her “Let Girls Learn” initiative. Two “Directors” whose positions were also eliminated from the payroll include Pamela Coleman ($120,000) and Katherine Pielemeier ($60,876).

Gary Cohn, president of Goldman Sachs and current Director of the White House National Economic Council, and Christopher Liddell, Director of Strategic Initiatives in the White House and a former Microsoft Chief Financial Officer, are serving with reduced salaries of $30,000.

President Trump donated his first quarter paycheck to the Dept. of Interior for construction and repair needs in military cemeteries. More