President Trump Vows To Liberate Towns From MS-13: If You Are Part Of Them “We Will Hunt You Down”

Wow, more winning! A President actually doing what he said he would do! We are so lucky to have President Trump!

Let the wailing and gnashing of teeth from liberals begin…

Washington Examiner: President Trump, pushing legislation to crack down on illegal immigration, said Wednesday his administration has been “liberating towns” from MS-13 gangs. 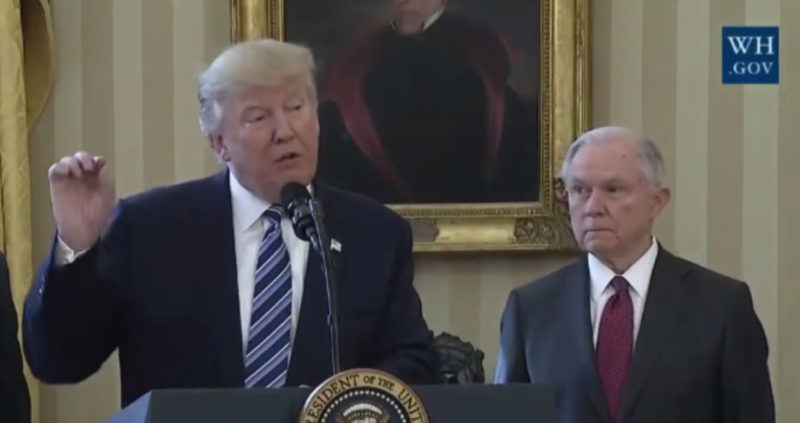 Speaking in the Cabinet Room of the White House, Trump said the immigration bills being considered by the House “will close the dangerous loopholes exploited by criminals, gang members, drug dealers, killers, terrorists. MS-13 is a prime target.”

“Bad people,” Trump continued. “And we’ve gotten many of them out already. …We’re getting them out as fast as we can get them out and we’re freeing up towns. Actually liberating towns, if you can believe that we have to do that in the United States of America. But we’re doing it and we’re doing it fast.” More

President Trump Vows To Liberate Towns From MS-13: If You Are Part Of Them “We Will Hunt You Down”