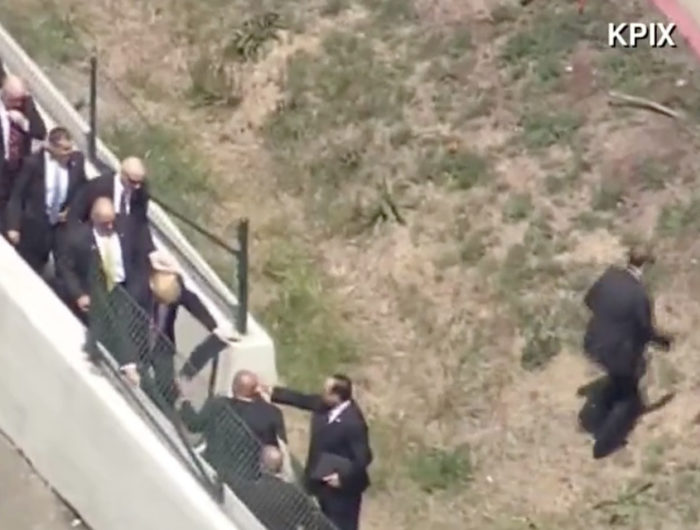 What a beautiful sight! Well played Mr. Trump, well played indeed. A determined man making his way to where he is expected to be… One way or another. If Hillary tried that she would break out into one of her coughing fits, and have to immediately take the meds for the health condition she’s been hiding.

When protesters forced Donald Trump’s motorcade to change its rout to his speech at the California Republican Party Convention on Friday, Trump and his Secret Service detail walked, jumped, and climbed in order to get into the hotel.

Trump’s motorcade stopped on the side of a freeway where the candidate and some of his Secret Service agents got out of their SUVs, walked through a gap in a wall, jumped down a ledge and then walked up an embankment. More

Watch Trump Honor The Families Of Those Killed By Illegal Immigrants

Red States Turning Purple As Democrats Move Out Of Big Cities
January 15th, 2021 The Real Side With Joe Messina

Who Do They Think That They Are Talking To?
January 15th, 2021 Sons of Liberty Media
SHARE