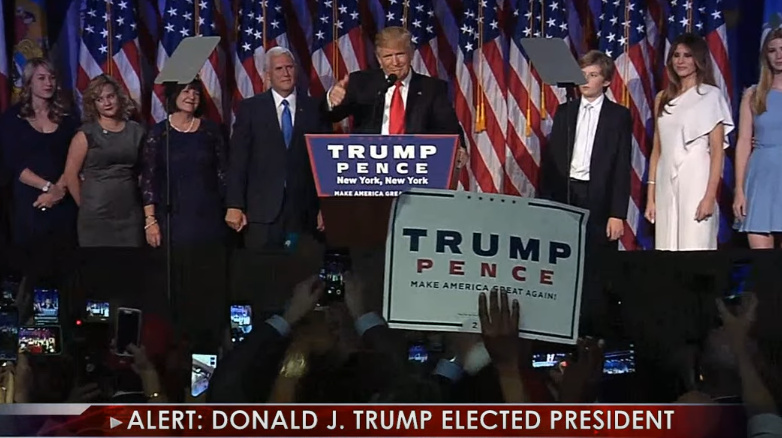 Donald Trump spoke at his campaign headquarters after winning the presidential election.

He announced that Hillary Clinton had just called him to concede and congratulate him on the victory.

Trump applauded Clinton’s hard work during the campaign and said that he congratulated her on the campaign.

“Hillary has worked very long and very hard and we owe her a major debt of gratitude for her service to our country,” he said. More