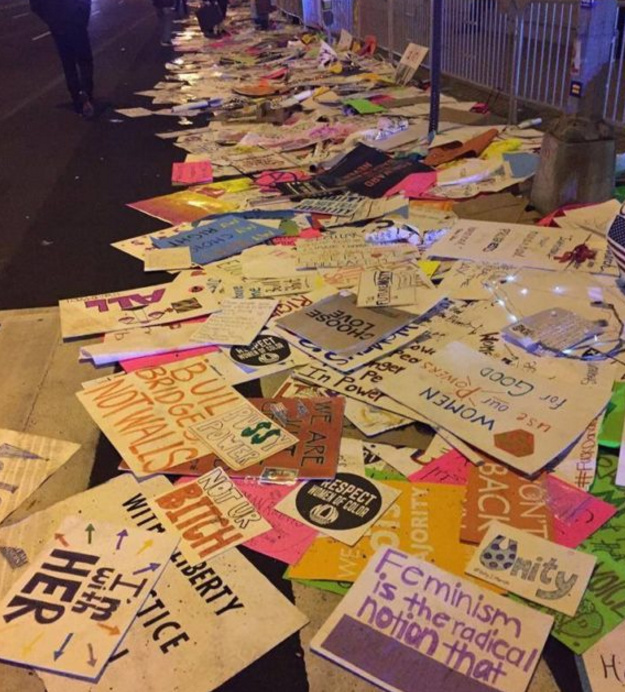 Why must conservatives always have to come along to clean up the mess liberals leave behind?

They bragged about being “nasty women” and the mess they left behind pretty well proves their point.

It turns out the real environmentalists are supporters of Donald Trump.

Trump backers helped to clean up trash from the National Mall after piles of it were left behind by feminists, multi-millionaire celebrities and girly men opposed to the new president.

A man wearing a white “Make America Great Again” hat could be seen picking up discarded signs and other garbage left behind by the agitators. More