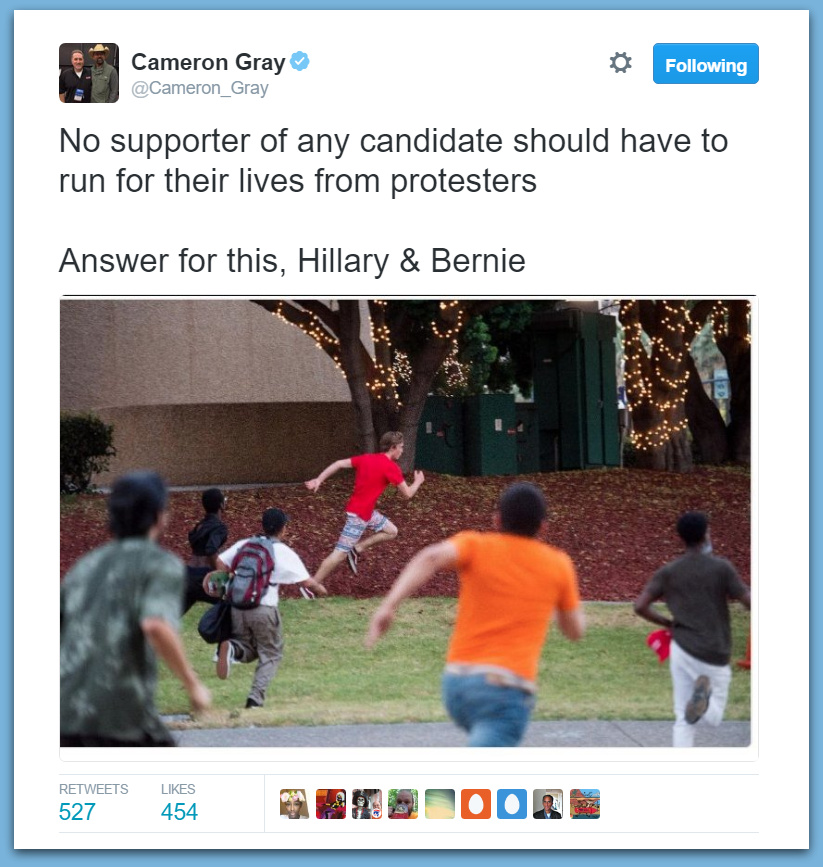 No supporter of any candidate should have to run for their lives from protesters. Answer for this, Hillary & Bernie

YC: Yes, the crowd who screams and cries “tolerance” has very little of this oh so desired character trait, a fact they’ve put out for the world to see with all of the riots and acts of violence toward The Donald’s fan club.

In fact, here’s a picture of a Trump supporter actually running for his life from the loony left.