“Deface the Nation” pretty dang funny! Liberals heads continue to spin, they are like babies, it’s open season & everyone is making fun of them!

Seriously, these hack ‘journalists’ should be thankful he even gives them an interview as much as they continue to lie about him. 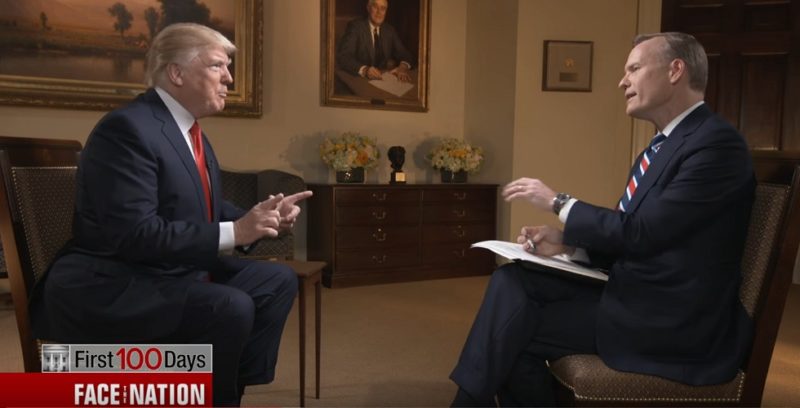 Breitbart: President Trump: I think we’re doing great on trade deals. It’s set. And I think we’re doing well. I mean, our country is being out-traded at every single point. We’re losing tremendous amounts of money on trade. And I think actually, I’ve been very consistent. You know, it’s very funny when the fake media goes out, you know, which we call the mainstream media which sometimes, I must say, is you.

John Dickerson: You mean me personally or?

President Trump: Well, your show. I love your show. I call it Deface the Nation. But, you know, your show is sometimes not exactly correct. But when they talk about currency manipulation, and I did say I would call China, if they were, a currency manipulator, early in my tenure. And then I get there. Number one, they — as soon as I got elected, they stopped.

Pathetic! Police Apologize To Muslims For Using Puppy In Ad