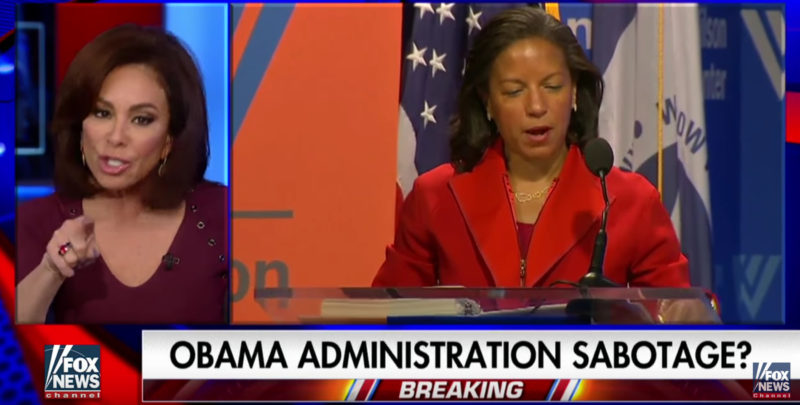 Should Susan Rice be prosecuted and sent to jail, along with any other people involved?

According to the New York Times, Trump — during a photo-op in the Oval Office with King Abdullah II of Jordan — called Rice’s involvement “the biggest story.”

“It’s such an important story for our country and the world,” POTUS continued. “It is one of the big stories of our time.”

The Times adds that when specifically asked if Rice’s behavior constituted a crime, Trump answered “Do I think? Yes, I think.” More