Why aren’t the locals carrying their fair share of the load? Radical idea… If people would start cleaning the roads themselves instead of waiting for the government to do it supplies would reach them much faster.

I hope that somebody is going to make certain every dollar of our hard earned tax money gets spent the on roads and bridges and doesn’t end up in someone’s pocket… because it’s Chicago on an island. 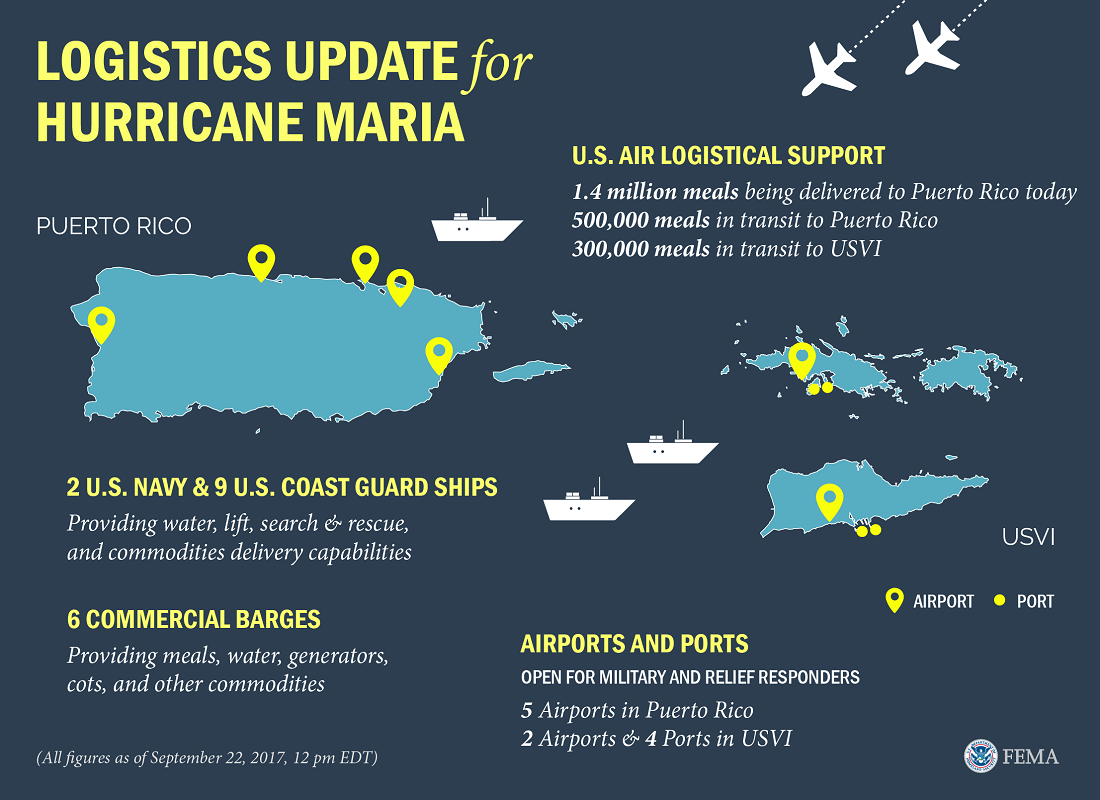 Contrary to Democratic lies, Trump and FEMA have been right on top of response for Puerto Rico from the beginning and actually before, with pre-planning. They have all kinds of material and people there to help. But the problem is infrastructure and truck drivers. Because roads were destroyed and the truck drivers haven’t checked in after the storm they can’t get stuff to people. So that’s what they’re working on now, getting more folks who can drive trucks and fixing the roads. – WZ

The Trump administration is providing Puerto Rico with tens of millions of dollars to help the small American territory rebuild crucial infrastructure that Hurricane Maria destroyed.

The Federal Highway Administration will immediately begin disbursing $40 million in emergency relief funds to Puerto Rico to help rebuild roads and bridges. Officials made the request early Thursday morning, and it was immediately approved.

“Puerto Rico was hit hard by Hurricane Maria, so I have directed the Department to release $40 million in emergency funding to begin restoring and repairing the roads and bridges across the island,” Transportation Secretary Elaine Chao said Thursday in a press statement. “It is critical to get the island’s infrastructure in working condition … so relief supplies … can be delivered to the people of Puerto Rico.” – Daily Caller

San Juan Mayor Tells Liberal Media: We Are Getting No Help From Trump... As She Stands In Front of Pallets Of Aid