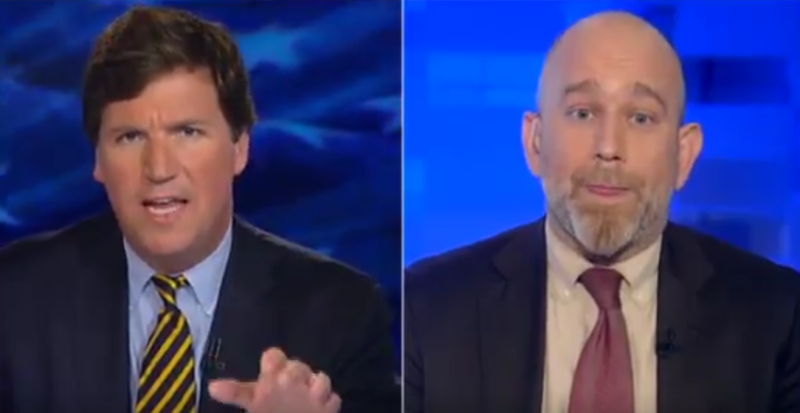 Tucker does such a good job of destroying liberals, that I’m really surprised that they continue to want to be on his show. They must be gluttons for punishment.

Tucker to sanctuary city supporter: how did a law professor from NYC end up the spokesman for big employers who exploit low-wage labor? pic.twitter.com/Aax6iWDCxm

‘Do you ever think ‘how did I get in this place’? OUCH!

Tucker Carlson: “How did you, a liberal law professor from New York City wind up the spokesman for big employers who exploit low-wage labor? How did that..do you ever think like how did I get in this place? You are defending agricultural and service sector employers who pay low wages. Did you think you were going to wind up in that place when you were a kid?”

Ouch! That’s gonna leave a mark! This is why we love Tucker Carlson. He shares the same frustrations that we do with these lunatic liberals. I do wonder if they actually know what they are doing or if the mental disorder of liberalism is so severe that it actually makes them think they are doing good for society.