Twenty-two dead, over a hundred wounded, many of them children, because of a Muslim lunatic and we’re supposed to worry someone might make an anti-Muslim comment? These people are despicable jerks!

All my sympathy is currently going out only to the VICTIMS of yet another Muslim attack! 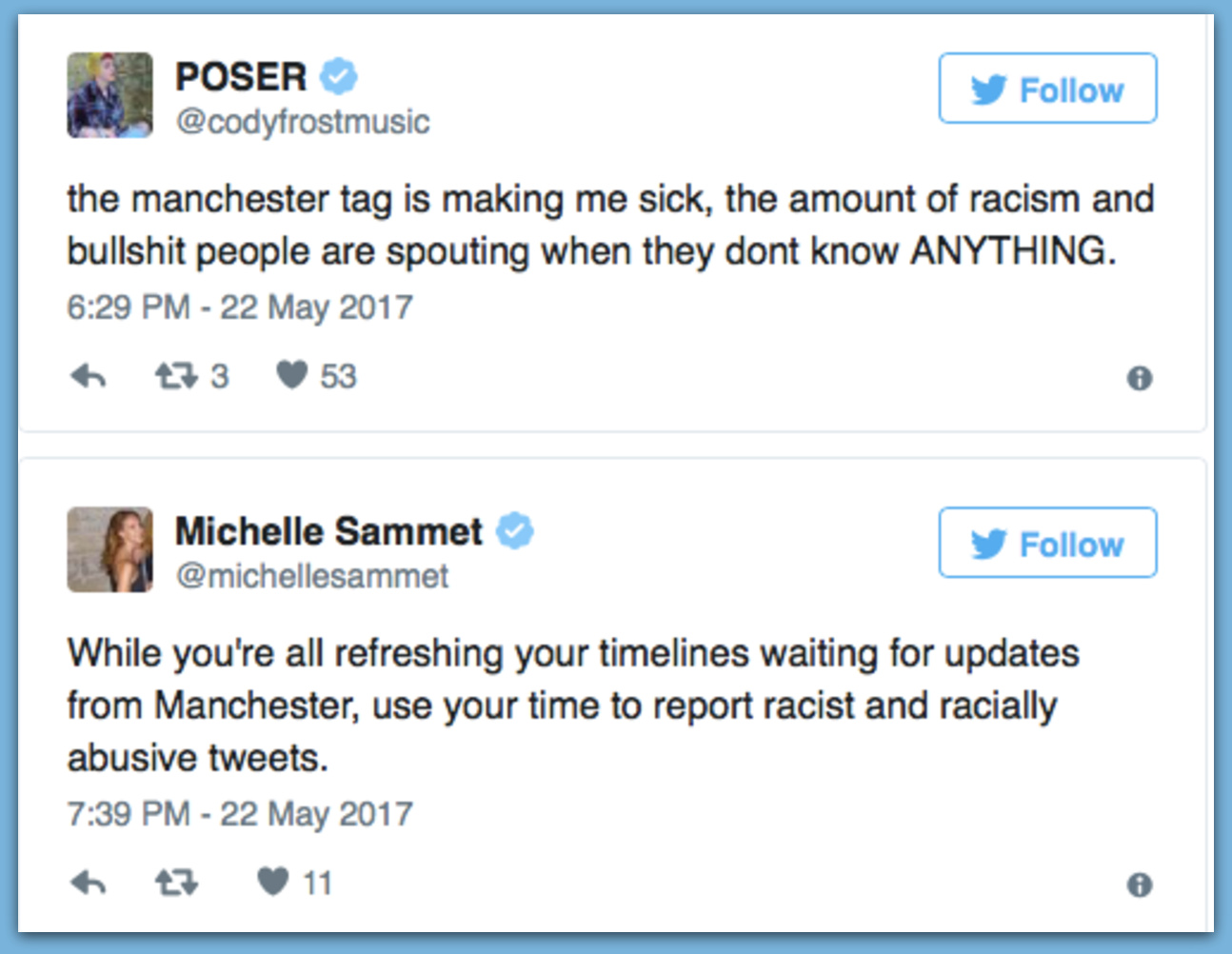 Daily Caller: An explosion outside of an Ariana Grande concert Monday night killed as many as 20 people and injured approximately 50, but some liberals on Twitter seem more concerned about hurting the feelings of Muslim people.

Some verified users are angry at the “racism and xenophobia” they’re seeing in response to the attack, which reports say was carried out by a suicide bomber. More