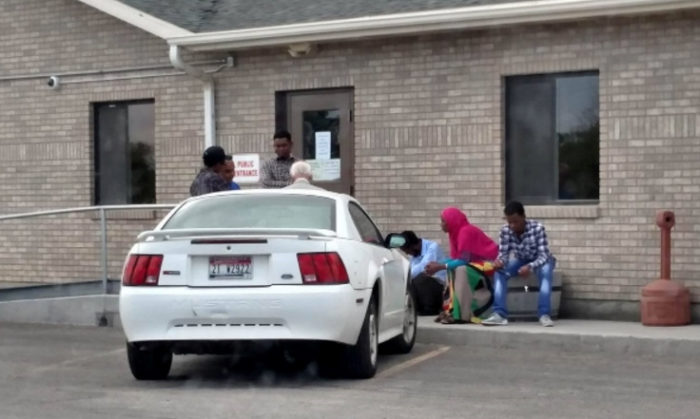 This is the exact kind of story that the MSM just doesn’t bother with reporting, because it doesn’t fit Obama’s narrative of how the Muslim “refugees” are good friends and neighbors to the American people. The families of these child molesters should not just be evicted from the apartment complex, but should be deported asap.

WND: The two Muslim migrants from Sudan who were arrested last week on charges of sexually assaulting a 5-year-old girl in Idaho were released into the custody of their parents following a hearing Thursday afternoon, WND has learned.

They were reportedly released from the Snake River Juvenile Detention Center in Twin Falls pending their next hearing.

According to witnesses on the scene, the boys’ families were seen smiling and hugging after the hearing ended shortly before 3 p.m. Thursday.

“They were waving their arms to the heavens, smiling and throwing their arms around each other,” an eyewitness outside the detention center told WND.

The two Sudanese boys, ages 10 and 14, were reportedly ordered by the court to have no contact with the victim, a 5-year-old special-needs girl, whom they allegedly assaulted in the laundry room of their apartment complex on June 2. They were not arrested until late last week. A third boy, age 7, was also involved but was never arrested. The younger boys allegedly urinated on the girl and one of them inappropriately touched her but the extent of that violation is not known. The case has been sealed by the prosecutor, which is standard procedure in juvenile offenses.

The two older boys are from Sudan and the 7-year-old is from Iraq.

The boys and their families have been evicted from the Fawnbrook Apartments where the incident allegedly took place.

CAIR, the Muslim civil rights organization, has weighed in on the still-developing story in Twin Falls, taking issue with the way some conservative websites reported the incident. More