Don’t let the door hit you where the good Lord split ya!

She’s Obama’s political hack. No surprise that she would be mouthing off on twitter. Pack your bags if you can’t do your job and quit complaining because you are useless! Or you can just simply quit. She’s a swamp creature and should be drained immediately.

Should she be asked to resign immediately? 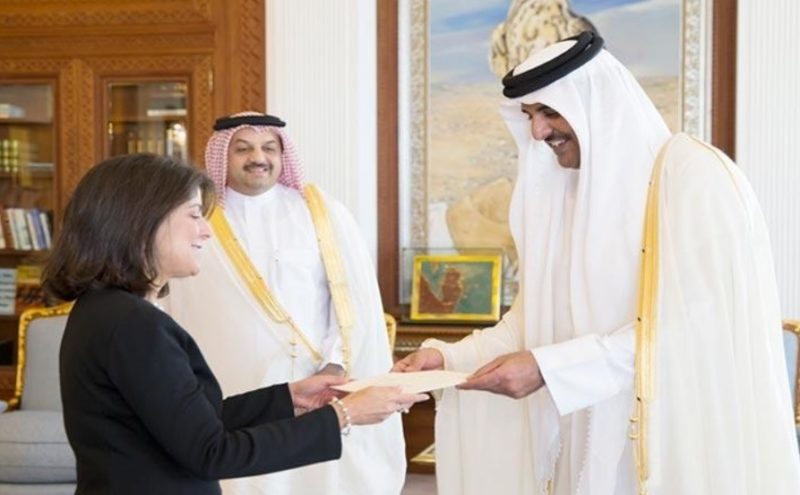 Washington Free Beacon: The U.S. ambassador to Qatar, an Obama administration holdover whose family donated hundreds of thousands to the Obama campaign, signaled her distaste for working under President Donald Trump, raising questions about her commitment to the new administration.

Dana Shell Smith, the U.S. ambassador for Qatar who was appointed by former President Barack Obama, took to Twitter last week to express her frustration at Trump’s administration, which has been battling negative headlines over a plethora of foreign and domestic issues.

Smith, whose Hollywood executive brother bundled at least $50,000 to $100,000 for Obama during his run for the White House, tweeted that it is “increasingly difficult to wake up overseas to news from home, knowing I will spend today explaining our democracy and institutions.”

Increasingly difficult to wake up overseas to news from home, knowing I will spend today explaining our democracy and institutions.

Smith’s public expression of frustration with Trump is raising eyebrows both inside and outside of the administration among those who believe that Obama-era holdovers are working to undermine the current president.

Smith is just one of many current officials who also served in the Obama administration. The Washington Free Beacon, as well as other outlets, has reported multiple times on efforts by these holdovers to undermine Trump and his larger national security agenda. Smith’s comments are being viewed as yet another attempt by Obama loyalists to foster skepticism of Trump.

“The Trump administration has been taking a lot of heat from the base for not cleaning out Obama holdovers, and this is exactly what people are talking about,” one veteran Middle East adviser who is close to the White House told the Free Beacon. “There are hundreds of Obama supporters who are supposed to be non-political career professionals, but actually see themselves as part of the Resistance.”

The goal of these officials, the source said, “is to grind the government to a halt, because they don’t like the idea of any Republican administration, let alone this one, being empowered by voters to enact policies.” More