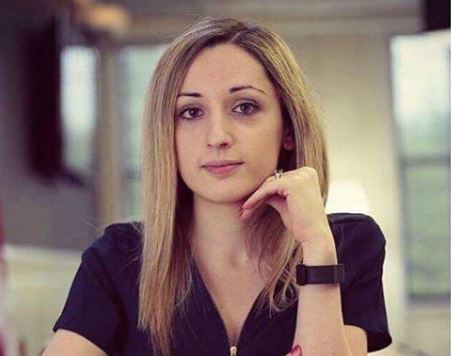 Why are they holding the chess world championships in Iran to begin with anyways? Good for her for standing up for what she believes is right.

As one of the most successful women to ever play the male-dominated game of chess, Nazi Paikidze is used to having her moves watched closely.

Her latest has drawn international attention: Paikidze announced last week that she will boycott February’s Women’s World Chess Championship in Iran because the players will have to wear hijabs, headscarves that cover their heads.

Paikidze’s decision will deprive the tournament of one of the game’s brightest stars and biggest draws — the U.S. champion who once told a magazine she would “do everything I can to help more girls get into chess.”

The headscarves, required by Iranian law, have been protested as a sign of oppression in the Muslim country. Paikidze’s decision is part of a growing resistance — both inside Iran and across the world — to laws requiring hijabs.

“Some consider a hijab part of culture,” Paikidze said in an Instagram post announcing her decision. “But, I know that a lot of Iranian women are bravely protesting this forced law daily and risking a lot by doing so. That’s why I will NOT wear a hijab and support women’s oppression.”

Paikidze also launched a campaign on Change.org demanding that the World Chess Federation reconsider Iran as a host for the women’s championship.

“These issues reach far beyond the chess world,” the petition says. “While there has been social progress in Iran, women’s rights remain severely restricted. This is more than one event; it is a fight for women’s rights.”

The petition has been signed by more than 3,000 people.

But some disagree with Paikidze’s stance. Mitra Hejazipour, a woman grandmaster (WGM) and the 2015 Asian continental women’s champion, said a boycott would be a setback for female sport in Iran.

“This is going to be the biggest sporting event women in Iran have ever seen; we haven’t been able to host any world championship in other sporting fields for women in the past,” Hejazipour, 23, told the Guardian. “It’s not right to call for a boycott. These games are important for women in Iran; it’s an opportunity for us to show our strength.” More