A true ‘jihadi go boom’ like never before… The U.S. military has dropped an enormous non-nuclear bomb, first-time use ever in Afghanistan, according to four US military officials with direct knowledge of the mission.

The bomb was dropped by an MC-130 aircraft, stationed in Afghanistan and operated by Air Force Special Operations Command.

BREAKING: US military drops 21,000-pound non-nuclear bomb — known as the “mother of all bombs” — in Afghanistan https://t.co/EOji2tjxzi pic.twitter.com/VlQNjTRnqa 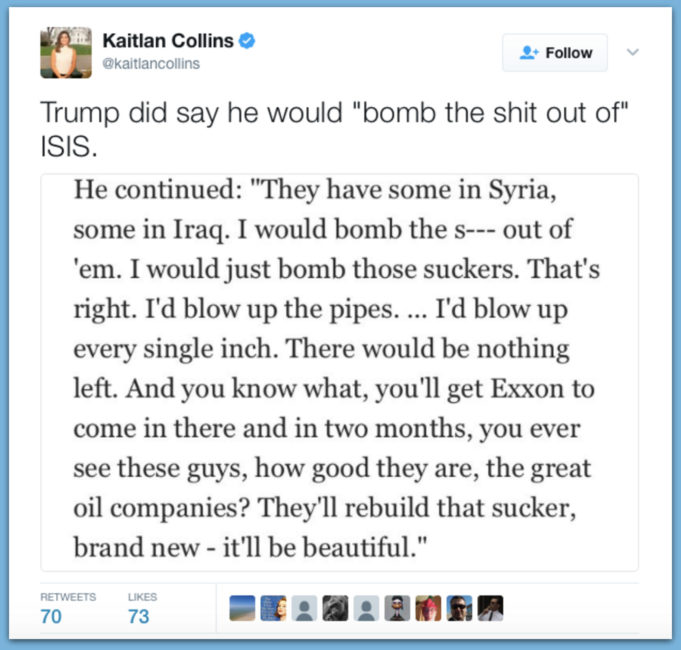 The U.S. dropped a bomb containing 11 tons of explosives on an ISIS cave complex in Afghanistan’s Nangarhar province on the border with Pakistan on Thursday, a Pentagon spokesman confirmed to CBS News’ David Martin.

The bomb is officially called a GBU-43 or Massive Ordnance Air Blast (MOAB), leading to its nickname as the “mother of all bombs.” The weapon is the largest non-nuclear bomb in the U.S. arsenal and has never before been used in combat.

White House press secretary Sean Spicer said the strike targeted a “system of tunnels and caves that ISIS fighters used to move around freely.” He said the U.S. “took all precautions necessary” to minimize civilian casualties.

The Afghanistan strike had been in the works for a number of months, Martin reports. The weapon was brought into Afghanistan specifically for this mission.

Arrest Made In Shooting Death Of Chicago Judge, Police Say Robbery Was Motive