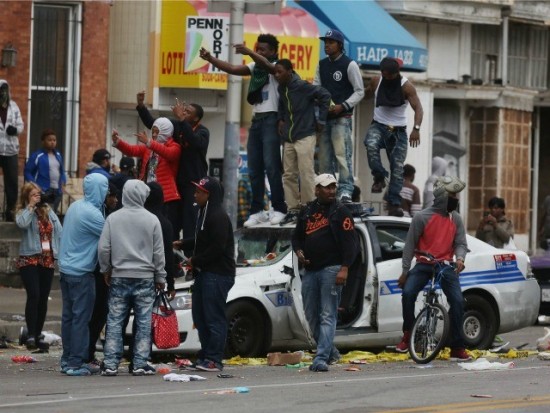 Does the Education Department think this will stop the adults from tearing their towns apart with riots so their children won’t have to be so “resilient”?

Obama’s Education Department has awarded $5 million in grants to Chicago, Baltimore and St. Louis to foster “student resilience” following rancorous protests and riots in those cities over alleged police brutality and racism.

“Students who live in communities where there has been significant civil unrest can be traumatized by events,” said Education Department general counsel James Cole Jr. said in a press release. “In many communities, particularly those that are historically underserved, funding is often limited or unavailable to address the mental and emotional needs of those affected. These grants will help address those needs and get students the help they deserve.”

Does the Education Department understand that maybe some of the traumatized students who need more resilience include offspring of Baltimore police officers wrongly accused of killing Freddie Gray? Or kids sired by the St. Louis cops who Washington Post affirmative action hire and national reporter Wesley Lowery loudly accused of a false arrest but never actually sued? Possibly because the incident might have been colorful enough to get him on “Meet the Press” but not sufficiently egregious to convince a jury he was illegally arrested?

It doesn’t sound that way.

Education Secretary John King, Jr., made it sound in the same press release like everything was the cops’ fault. “Violence tears at the fabric of a school community, and the long-term effects can be devastating. The Department of Education is committed to addressing the mental health and social support needs of students who are impacted, directly or indirectly, by traumatic events in their communities.”

The grants are part of a new discretionary program the Department called Promoting Student Resilience. Sounds like such money could be on the way to municipalities that make the right pitch. Probably not a good idea to say you need help for students coping with black on black crime! More