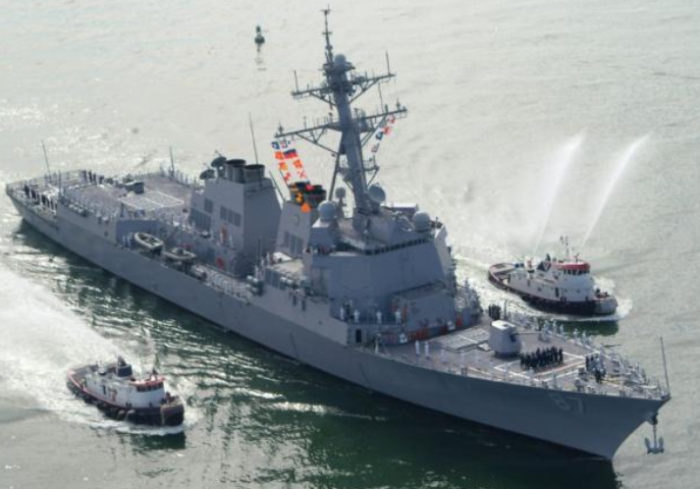 Another accident’ Nope. It’s called ‘act of war’. Let the Navy do their job and make Yemen disappear…

A U.S. Navy destroyer was targeted on Wednesday in a failed missile attack from territory in Yemen controlled by Iran-aligned Houthi rebels, the second such incident in the past four days, U.S. officials told Reuters.

The USS Mason, which was accompanied by the USS Ponce – an amphibious transport dock – fired defensive salvos in response to the missiles, neither of which hit the ship or caused any damage as it operated north of the Bab al-Mandab Strait, the officials said, speaking on condition of anonymity.

The renewed attempt to target the U.S. Navy destroyer will add pressure on the U.S. military to retaliate, a move that would represent the first direct U.S. military action against Houthis in Yemen’s conflict. The Pentagon hinted about possible retaliatory strikes on Tuesday.