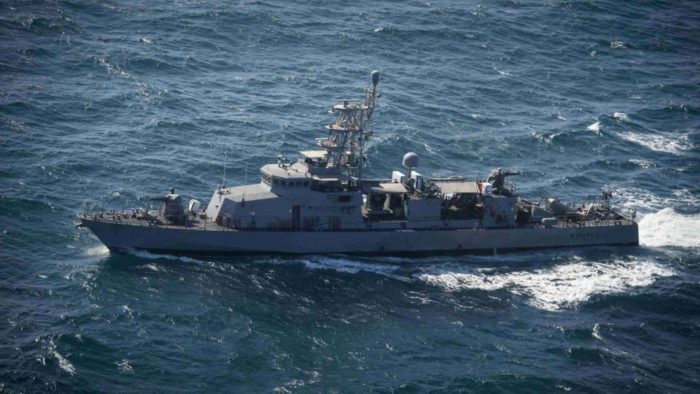 The US Navy patrol craft should have fired more than just warning shots.. This is not the first time it has happened either and if it keeps happening something needs to be done about it.

A US Navy patrol craft fired three warning shots at an Iranian Revolutionary Guard Corps boat Wednesday after US officials said it had harassed that patrol craft, CNN has learned.

Another US patrol craft and a Kuwaiti Navy ship were also harassed in the incident, which took place in the northern end of the Persian Gulf.

At one point, the Iranian boat came within 200 yards of one of the US Navy boats. When it failed to leave the area after the Navy had fired flares and had a radio conversation with the Iranian crew, the US officials said, the USS Squall fired three warning shots. Following standard maritime procedures, the Navy fired the three shots into the water to ensure the Iranians understood they needed to leave the immediate area.

The incidents are only the latest in a series of all-too-close encounters with Iran in the region since December. These brushes have included Iranian rocket launches, drones flying over US vessels and the capture of US sailors in January. They come against the backdrop of renewed US diplomatic contacts with Iran, which has triggered a political backlash among Iranian hardliners, including the powerful IRGC.
In the wake of Tuesday’s incident, the Nitze and US Naval Forces Central Command have determined that the Iranian vessels were violating international law and maritime standards, acting dangerously and unprofessionally.
The Iranian vessels moved at high speed toward the Nitze, which was operating in accordance with international law in international waters and ignored maritime “rules of the road” as set out in the 1972 Convention on the International Regulations for Preventing Collisions at Sea. According to the Navy official, the IRGC vessels ignored multiple warnings, creating a dangerous, harassing environment that could have pushed the Nitze to take defensive measures, escalating the situation. More