We should cut off all money to the United Nations and throw them out of our country. They better not mess with this U.S. President.

Why doesn’t Zeid Ra’ad Al Hussein go sniff out all the real human rights abuses like in Jordan, Saudi Arabia, Iraq, etc? He could start with the women’s rights, genocide, and beheadings.

The media is inciting, promoting and cheering on violence against President Trump and his supporters. Who’s responsible for that? 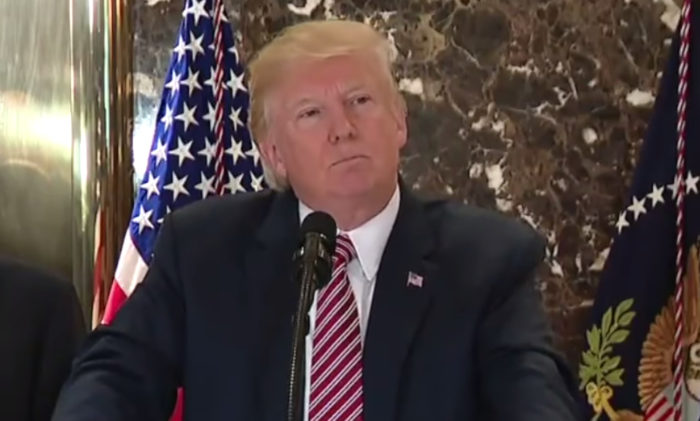 Geneva (AFP) – The UN human rights chief said Wednesday that President Donald Trump’s relentless attacks on the media could trigger violence against journalists, suggesting the US leader would be responsible.

“To call these news organizations ‘fake’ does tremendous damage and to refer to individual journalists in this way, I have to ask the question, is this not an incitement for others to attack journalists?

“And let’s assume a journalist is harmed from one of these organizations, does the president not bear responsibility for this, for having fanned this?” Zeid told reporters in Geneva.

“I believe it could amount to incitement,” he added, saying Trump had set in motion a cycle that includes “incitement, fear, self-censorship, and violence.”

According to the rights chief, Trump’s assault on the media has emboldened other countries to crack down on press freedoms.

Kansas City Serial Killer Arrested For Murder Of Up To 5 White Men: “Kill All White People”