People with active brain cells recognize who and what London’s Muslim Mayor Sadiq Khan is and why he and other Muslims work so hard to get into elected offices. According to numerous Imams, it is just part of the plan to take over.

When is England going to get a clue that Muslim extremists are infiltrating their political system? Was his intention to get into a political office only to cause harm? 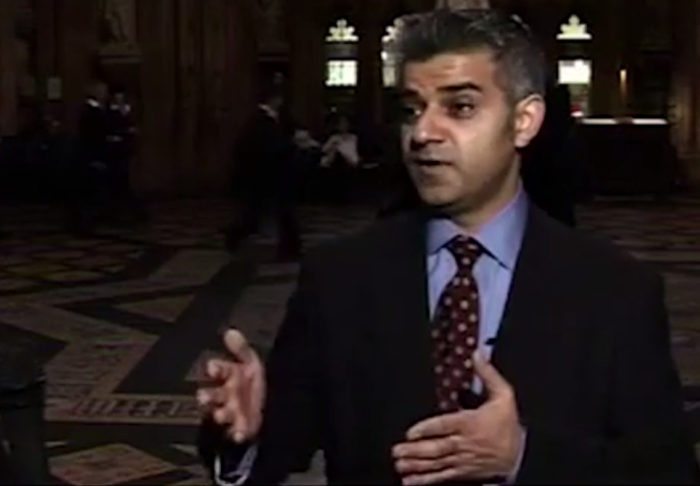 Speaking to Channel 4 news, Khan felt Trump’s out-of-context criticisms and continued attacks on Twitter meant that the U.K. should not “roll out the red carpet” for the president as “his policies go against everything we stand for.”

He added: “When you have a special relationship it is no different from when you have got a close mate. You stand with them in times of adversity but you call them out when they are wrong. There are many things about which Donald Trump is wrong.” –Hollywood Reporter

Shouldn’t London’s government be more concerned with their current mayor’s past than of President Trump’s efforts to unify the world in the fight against extreme Islamic terrorism?

In 2016, the now Mayor of London, Sadiq Khan was branded unfit to be London’s Mayor after it emerged that he had described moderate Muslim groups as ‘Uncle Toms’ – a notorious racial slur used against black people to suggest that they are subservient to whites.

The incendiary claim emerged in a 2009 interview with Iranian-backed Press TV, when Mr Khan was ‘minister for community cohesion’, in charge of Government efforts to stamp out extremism.

The revelation is a major blow for Mr Khan, who has faced a string of claims about his past dealings with Muslim extremists during the bitter campaign to succeed Boris Johnson. –Daily Mail

That’s not the only video that should make every London citizen be concerned about their Mayor’s radical views. A 2002 video has emerged showing Sadiq Kahn defending convicted Islamic terrorists who attempted to revive the Islamic Liberation Party in Egypt.

The video, via Josh Caplan of Vessel News, shows Khan defending terrorists. At the beginning of the video, Muslims in the street shout “Allahu Akbar!” –GP

The Egyptian government and the state prosecutor have made a terrible mistake. They can correct that mistake by releasing the men now . . . What we’re concerned about is they’re compounding their mistake by continuing to detain them and having this farce of a trial, this is in breech of Egyptian’s [sic]own very important law, it has a proud history of being the custodians of law and justice . . .”