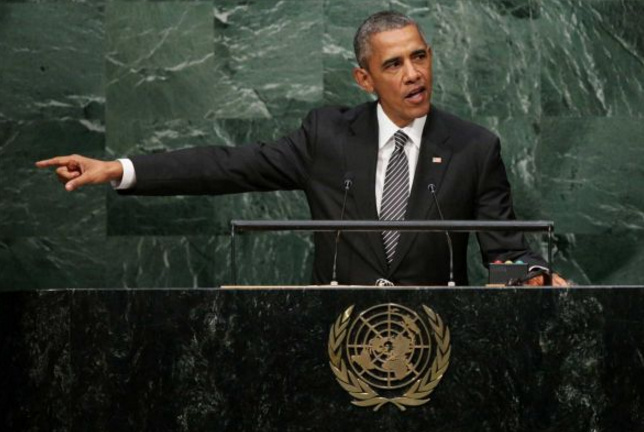 For A History Of “Racial Terrorism”…

Dear United Nations, we are a sovereign nation. So go ahead and shove it! I’d love to hear whether Hillary Clinton agrees with this. Additionally I’d like someone to explain to me why I have kinship with or responsibility for someone else’s actions simply by virtue of the color of my skin.

The history of slavery in the United States justifies reparations for African Americans, argues a recent report by a U.N.-affiliated group based in Geneva.

This conclusion was part of a study by the United Nations’ Working Group of Experts on People of African Descent, a body that reports to the international organization’s High Commissioner on Human Rights. The group of experts, which includes leading human rights lawyers from around the world, presented its findings to the United Nations Human Rights Council on Monday, pointing to the continuing link between present injustices and the dark chapters of American history.

“In particular, the legacy of colonial history, enslavement, racial subordination and segregation, racial terrorism and racial inequality in the United States remains a serious challenge, as there has been no real commitment to reparations and to truth and reconciliation for people of African descent,” the report stated. “Contemporary police killings and the trauma that they create are reminiscent of the past racial terror of lynching.”

Citing the past year’s spate of police officers killing unarmed African American men, the panel warned against “impunity for state violence,” which has created, in its words, a “human rights crisis” that “must be addressed as a matter of urgency.”

The panel drew its recommendations, which are nonbinding and unlikely to influence Washington, after a fact-finding mission in the United States in January. At the time, it hailed the strides taken to make the American criminal justice system more equitable but pointed to the corrosive legacy of the past.

“Despite substantial changes since the end of the enforcement of Jim Crow and the fight for civil rights, ideology ensuring the domination of one group over another, continues to negatively impact the civil, political, economic, social and cultural rights of African Americans today,” it said in a statement. “The dangerous ideology of white supremacy inhibits social cohesion amongst the US population.”

College Admissions Leader Forced To Apologize For Saying This