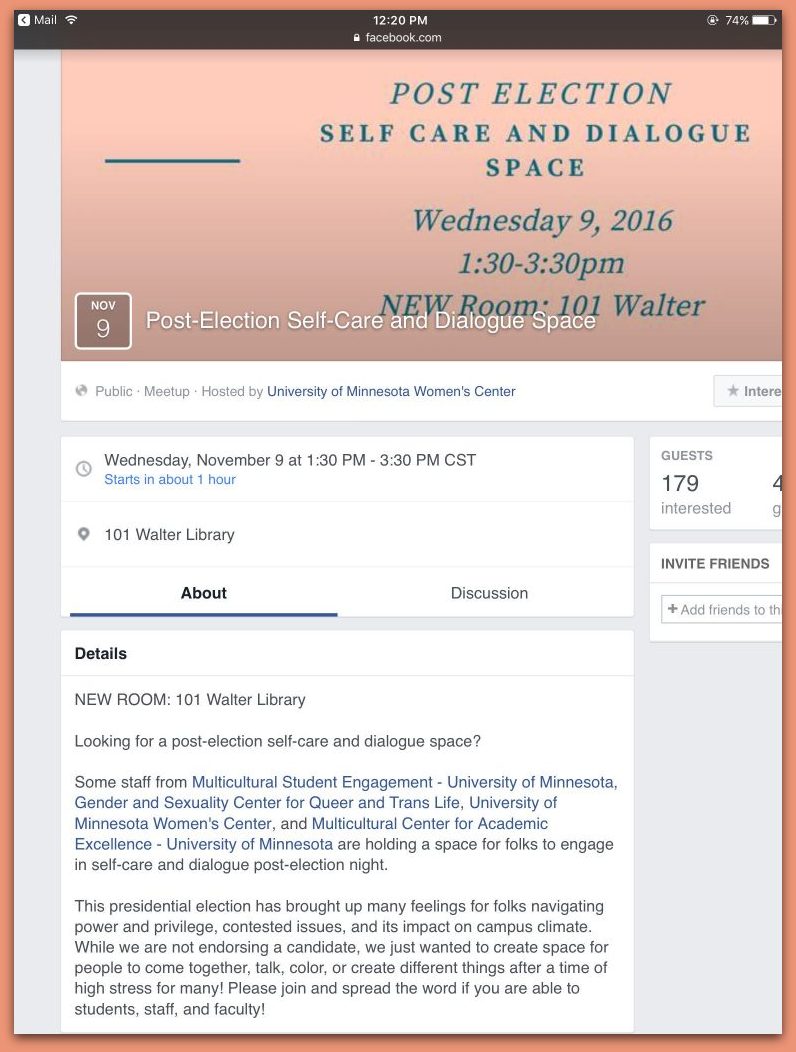 Really odd, I don’t recall anyone offering me counseling and support when I was upset by Obama being elected. Not just once, but twice.

At the University of Minnesota, some students burst into a shouting match the day after Donald Trump’s stunning election victory.

At the same time, Macalester College tried to calm jittery nerves by offering students counseling, while a University of Wisconsin campus denounced a display of racist graffiti at the home of several students.

“I guess it’s really setting in right now,” said Sam Wondimu, 20, a U health services major who was one of dozens of students gathered around a single laptop at the Black Student Union, watching in grim silence as President Obama spoke about Trump’s election.

“There’s a considerable amount of sadness,” Wondimu said, and “I guess a bit of fear.” More

Teachers And Students Walk Out...