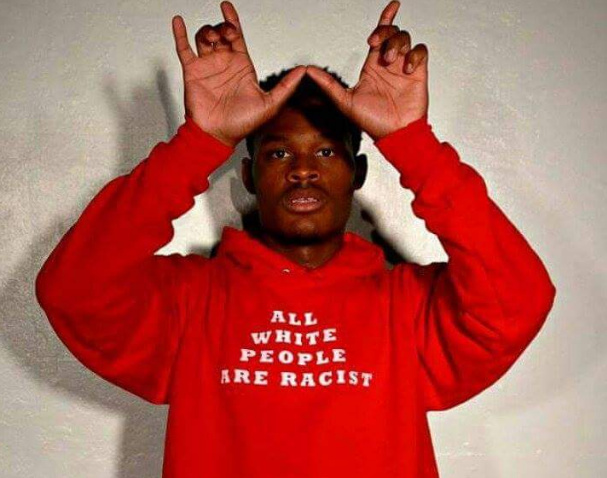 Wow! This is starting a conversation? Sounds more like inciting a riot. Does this fool realize that the statement “all white people are racist” is EXTREMELY RACIST!

A spokesman for the University of Wisconsin-Madison has shrugged off concerns over one of its students selling hoodies bearing the phrase “All White People Are Racist” in capital letters.

“In this case, the individuals involved are exercising their rights to free speech and engaging in a private activity unrelated to their status as students,” campus spokesman John Lucas said in an email to The College Fix.

Asked a second time to weigh in on the matter, Lucas gave the same answer.

The hoodies are the brainchild of an entrepreneurial UW-Madison undergraduate who recently began selling sweatshirts online—in Wisconsin red—which proclaim: “All White People Are Racist.”

If you want this "blood on the sleeves" hoodies buy it now at https://t.co/TCQ855FGff!!! pic.twitter.com/lkkwoOL8Hp

The FBI Is Re-Opening Investigation On Hillary's Emails (Video)