UPDATE: According to officials, contrary to initial reports of a shooting, the attacker used a car and knife. The campus is secure and classes have been cancelled. The eight people taken to the hospital reportedly have non-life-threatening injuries. This story has been updated to reflect this news. 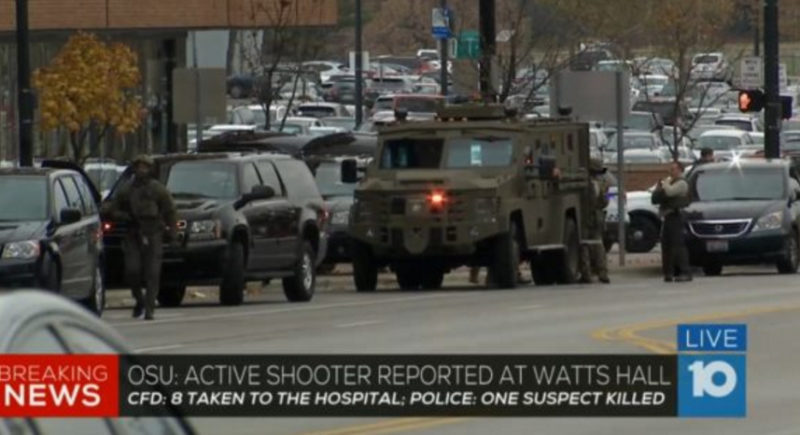 Another update to this story here. It was not an active shooter on campus.

The lockdown is still in place. 8 people were transferred to hospitals. 1 person was shot dead. There is still an active shooter alert.