Amazing, while congress sits on their hands and bickers President Trump is getting the job done.

The US debt reduced by more than $60 Billion since the Trump Inauguration! 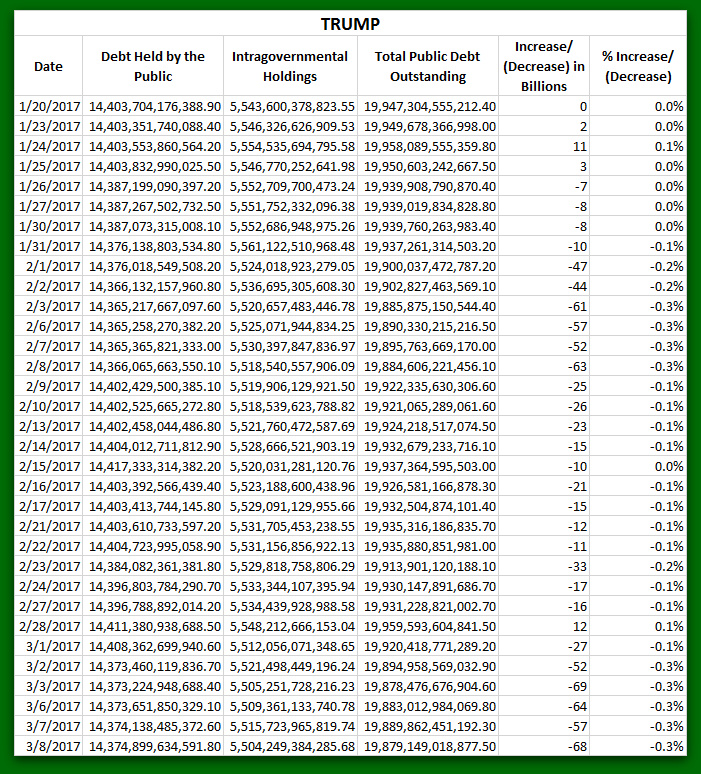 By comparison, under President Obama, the US Debt burden increased by more than $320 billion after his inauguration through March 8th 2009.  Obama increased the US Debt by 3.1% during this time period and signed the trillion dollar ‘Stimulus’ bill which is widely considered a colossal failure and waste of US tax dollars as well. The failed ‘Stimulus’ did not kick in till later in Obama’s first year leading to Obama’s first year deficit of $1.4 trillion. Overall Obama doubled the US Debt during his Presidency and set records for highest deficits and the largest debt increase by any President ever.

One month after the Trump Inauguration US Debt was down $12 billion now it is down $68 billion. More