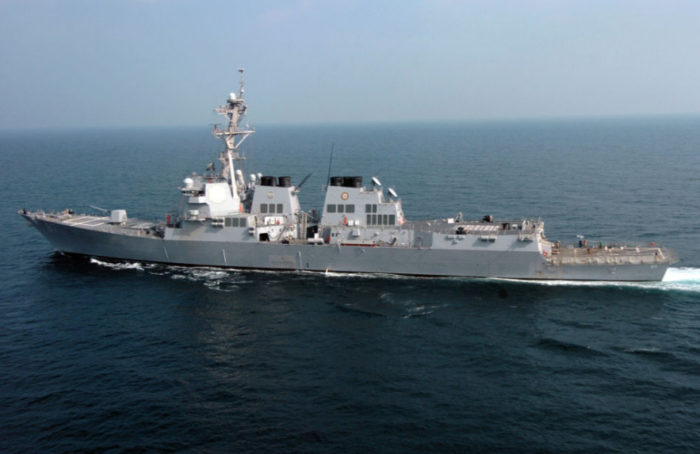 That’s an act of war and I’ll bet the worthless appeaser-in-chief is golfing or campaigning for the other worthless democrat Hillary.

The only question left is why aren’t the rebel-controlled areas in Yemen still not a smoldering pile of rubble?

The U.S. Navy destroyer USS Mason was fired on again in international waters off the coast of Yemen, but the ship deployed countermeasures and the vessel was not struck, two U.S. officials said.

The incident occurred late Saturday or early Sunday local time. At least one missile was fired, the officials said.

The destroyer was targeted by missiles fired from rebel-controlled areas in Yemen twice earlier this week, prompting the U.S. military to launch cruise missiles that destroyed three radar installations in response.

After the earlier attempted missile attacks this week, a Defense Department official warned that those who fire on U.S. vessels do so at their peril.

Yemen is embroiled in a two-year-long conflict between Houthi rebels and forces loyal to the President Abed Rabbo Mansour Hadi.

More than 4,000 civilians have been killed since the conflict escalated in March 2015, the United Nations has said.

When do you decide you’re at war with someone.

1. When they shoot missiles at you?

2. When they state they will destroy you?

3. When they attack major cities around the world (ISIS)?

4. When they have others attack citizens in your home land?

5. When they are no longer the “JV” team and have killed thousands, behead others right on camera to show you they are serious?

6. When they blow up airlines full of innocent people?

Just what does it take for leaders to understand these terrorists mean business?