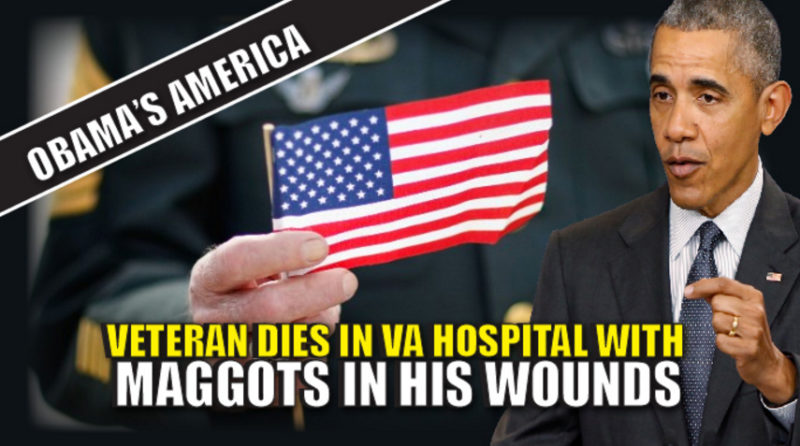 Four Employees At VA Hospital Immediately Resign… A physician’s assistant and three nurses, including the director of nursing, resigned in the wake of the investigation.

Absolutely disgusting. Veterans have been abused like this for eight years under Obama regime. This incident is so outrageous I am finding it difficult to be civil so I’ll just say this… The VA better find someone responsible and get to the bottom of this asap.

Four employees at the Talihina Oklahoma Department of Veterans Affairs (VA) center have resigned after a patient was found with maggots in his wound shortly before he died.

Talihina director Myles Deering confirmed the maggots didn’t enter the wound after the patient died on Oct. 3, but rather were present while the patient was still alive.

However, Deering stressed that the patient did not die from the maggots themselves.

The 73-year-old veteran, Owen Reese Peterson, initially came to the medical center with an infection, but then ended up with sepsis, to which he later succumbed.

Peterson’s son, Raymie Parker, described his frustration with how poorly his father was treated while at the facility, even though he tried his best to be an advocate for his care.

Staff seemed to completely ignore him.

“During the 21 days I was there, … I pled with the medical staff, the senior medical staff, to increase his meds so his bandages could be changed,” Parker told Tulsa World. “I was met with a stonewall for much of that time.” More

North Dakota Makes A Law, No More Mask Mandates! Not To Say That It Ever Was Law….
March 1st, 2021 Sons of Liberty Media