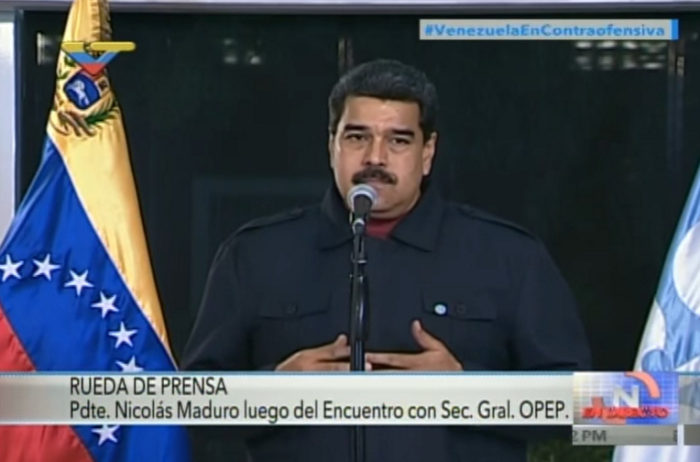 Venezuela kicks CNN to the curb for making up fake news.

Have you successfully scraped the bottom of the barrel when Venezuela kicks you out?

The Panama Post is reporting that Venezuelan President Nicolás Maduro has officially expelled CNN from the country after the news network once again was dishonest with it’s reporting.

Maduro said Sunday he wants CNN “outside” Venezuela after he claimed the news channel manipulated information about a student’s complaint regarding the lack of food at school.

.@CNN is in a total meltdown with their FAKE NEWS because their ratings are tanking since election and their credibility will soon be gone!

Reports by @CNN that I will be working on The Apprentice during my Presidency, even part time, are ridiculous & untrue – FAKE NEWS!

Congratulations to @FoxNews for being number one in inauguration ratings. They were many times higher than FAKE NEWS @CNN – public is smart!

While on FAKE NEWS @CNN, Bernie Sanders was cut off for using the term fake news to describe the network. They said technical difficulties!