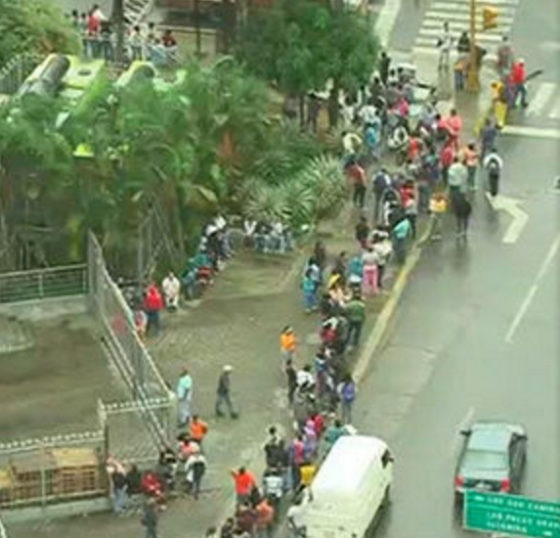 Venezuela a lovely country totally ruined by communists. What you are witnessing is the finest example of socialism in action. What, they weren’t invited to the birthday party for a 65K cake? How many times must socialism fail before people finally stop supporting it? Meanwhile, it is growing rampantly in the U.S. with people expecting different results.

Is this is what will happen when the stores will no longer accept EBT cards?

A BBC journalist, who attempted to film the crisis, was stopped and forced by soldiers to delete footage of a protest outside a supermarket as desperate Venezuelans waited for food.

Baying crowds shouted “We want to buy stuff!” as they grouped outside the store in the country’s capital, Caracas.

BBC journalist Vladimir Hernandez reports that many people approached him to say they had queued for 12 hours without being able to buy what they wanted. More