I believe the entire Russian Don Jr. meeting setup was compliment via the Democrats and were all under false pretenses. They have been crying Russians and insisting collusion because they knew what they had set up all along. You can’t trust a Democrat, ever!

Obama’s fingerprints are all over this so-called conspiracy. This whole “Russian collusion” is just a big nothing burger! 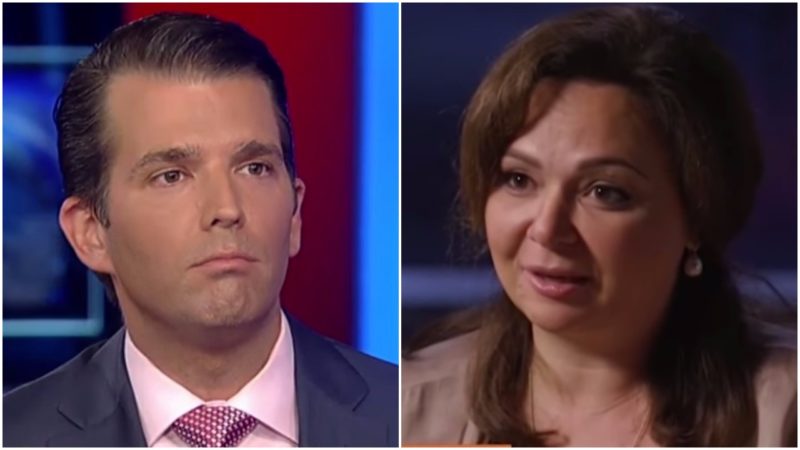 Veselnitskaya told NBC News on Monday she was not with the Kremlin as was reported by The New York Times.

She confirmed her meeting with Donald Trump Jr. was about Russian adoptions in the US.

The law firm where Veselnitskaya is listed as managing partner, Kamerton Consulting, is based in a Moscow suburb and does not even have a website.

A staff member at Kamerton told The Associated Press Veselnitskaya was unavailable for comment on Monday.

Her office in Moscow may be a shell. There is no working phone, email or website.

Russian President Vladimir Putin’s spokesman Dmitry Peskov said Monday that the Kremlin is unaware of a meeting between Trump’s senior staff and Veselnitskaya and “does not know who that is.”

“No, we don’t know who that is and obviously we can’t monitor all meetings Russian lawyers hold both in Russia and abroad.”

Here is another shot from the June 14, 2016 Congressional hearing on Russia and the Ukraine.

MORE— That looks like Emin Agalarov sitting next to Natalia Veselnitskaya. He was mentioned in Donald Trump Jr’s statement this morning. Emin helped set up the meeting with Veselnitskaya.

Veselnitskaya was also connected to Fusion GPS, the DNC opposition research firm that produced the fraudulent and discredited Trump Dossier.

So why was Veselnitskaya hanging out with Obama officials just days after her meeting with Donald Trump Jr.?

And why was Veselnitskaya given a privileged seat up front during the Congressional hearing?

UPDATE: Veselnitskaya’s facebook page shows she was in Washington DC on June 14, 2016.

On June 10, 2016 she was still in New York and posting photos from Central Park.