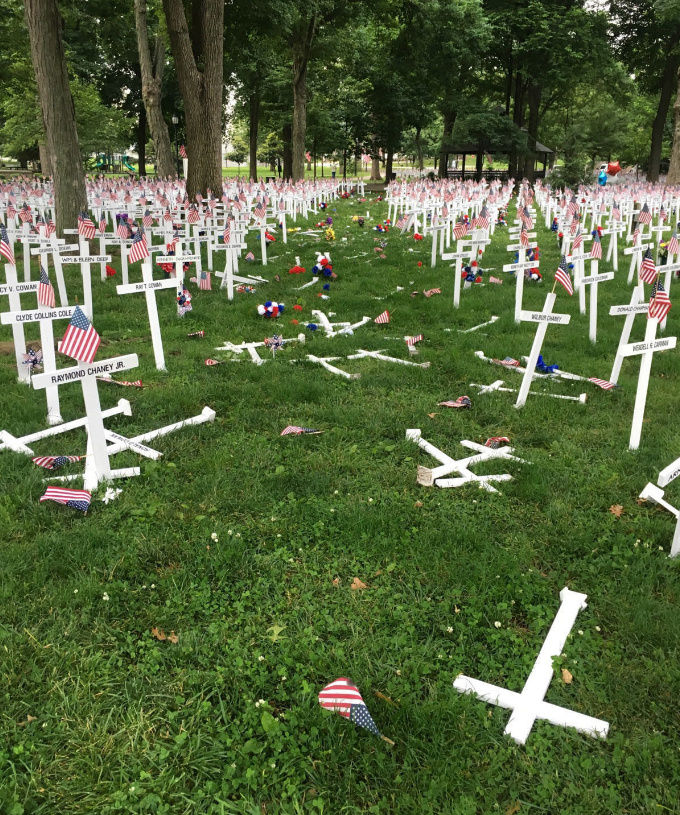 “The LAPD is not actively investigating this case…” That tells you the real story about America today. Under siege by leftist politicians, public school teachers, university professors, news professionals, Hollywood executives, and  social media executives.

LOS ANGELES — Memorials to veterans in a Los Angeles neighborhood and a town in Kentucky, as well as a Civil War veterans cemetery in Virginia, were vandalized as the nation prepares to mark Memorial Day, officials said.

A Vietnam War memorial in the Venice area of Los Angeles has been extensively defaced by graffiti. The vandalism occurred sometime during the past week, KCAL/KCBS-TV (http://cbsloc.al/1RAa3mg) reported. The homespun memorial painted on a block-long wall on Pacific Avenue lists the names of American service members missing in action or otherwise unaccounted for in Southeast Asia.

News of the vandalism came as another veterans-related memorial was reported damaged in Henderson, Kentucky. Police say a Memorial Day cross display there that honors the names of 5,000 veterans of conflicts dating back to the Revolutionary War has been vandalized by a driver who plowed through the crosses early Saturday.

Chick-fil-A Has “Missing Man Table” Set To Honor Those Who Died Serving The U.S.