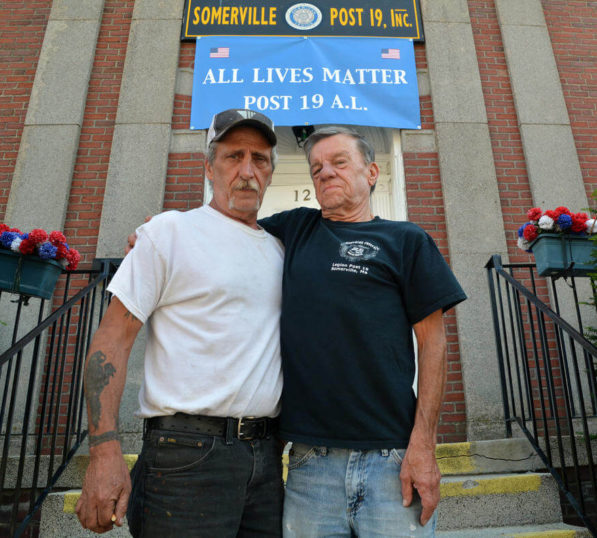 Great job, Vets! I hope someone is keeping close watch, or the thugs will be right over to destroy it. Combat vets, even wrinkled ones can be very dangerous. Hooray for these patriots taking a stand against the cowardly PC establishment.

A banner reading “Black Lives Matter” has hung over the Somerville, Massachusetts city hall since August 2015. Somerville Mayor Joseph A. Curtatone refuses to take it down despite disapproval from the president of the Somerville Police Employees Association, Michael McGrath, and other police officers. More