Uncontrolled immigration brings these barbaric practices to America in epic proportions. So why are so many people shocked when it happens here? They should leave their evil practices in the 7th-century hell hole they fled from. They come here not to be Americans but to occupy America.

This is the real war on women and where are all of the “feminists” protesting this barbaric practice? How could a loving parent ever inflict this horror upon their daughters? 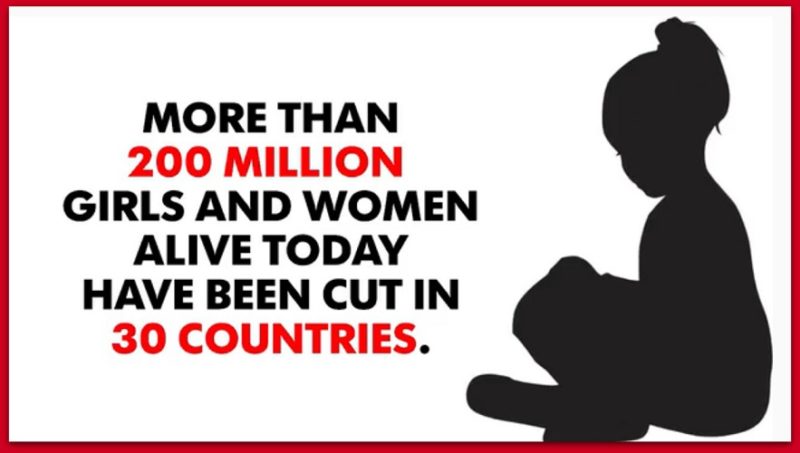 The World Health Organization has identified four types of female genital mutilation, which are based on the severity of the procedure. All are illegal in the U.S. and are internationally recognized as human rights violations of women and girls.

Type I, which is also called clitoridectomy. This involves the partial or total removal of the clitoris and/or the prepuce. Prosecutors say the Michigan case falls under this category.

Type II, which is also called excision. This involves partial or total removal of the clitoris and the labia minora, with or without excision of the labia majora. The amount of tissue that is removed varies widely from community to community.

Type III, also called infibulation. This involves the narrowing of the vaginal orifice with a covering seal. The seal is formed by cutting and repositioning the labia minora and/or the labia majora. This can take place with or without removal of the clitoris.

Type IV: All other harmful procedures to the female genitalia for non-medical purposes, for example: pricking, piercing, incising, scraping or cauterization.

The CDC says at least 500,000 females in U.S. have undergone genital mutilation, or are at risk of having it done.

Mariya Taher was 7 years old, vacationing in India with her family, when one day her mother took her to a run-down apartment building without explaining why.

She remembers climbing some stairs, opening a door and seeing older women in a room. There was laughter, and the place seemed cheerful.

But then came the betrayal.

The child ended up on the floor. Her dress was lifted up.

“I remember something sharp down there and then I remember crying,” Taher, now 34, recalls. “I remember my mom comforting me afterward and holding me in her lap.”

A decade later, Taher would better understand what happened to her on that summer day in Mumbai. She had survived the taboo ritual of female genital mutilation, a decades-old religious tradition that millions of women worldwide continue to be subjected to, including a half million in the U.S., where a historic criminal case involving the practice is unfolding in Detroit. More