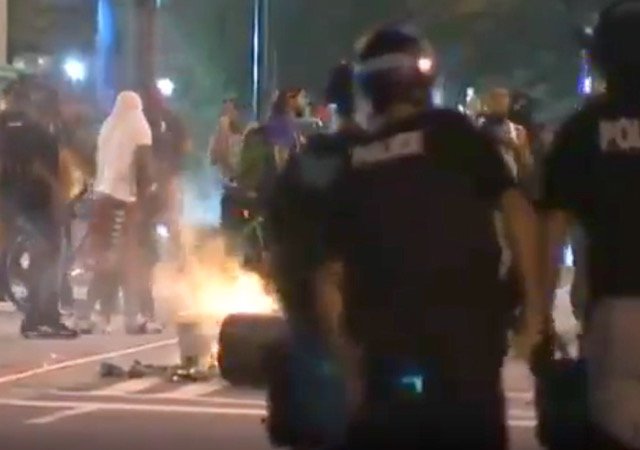 These riots are out of control. This news team was out there covering the riots, giving the rioters the media attention they wanted, and got attacked for it.

Rioting quickly erupted at a supposed prayer vigil in Charlotte last night, after cops shot a man who they say brandished a weapon at them.

But long before the details of the incident were known, “protesters” were already setting property on fire, attacking cop cars, and blaming white racism – even though the cop shooter turned out to be black.

During the pandemonium, a local TV news crew was horrified to see what a group of degenerate rioters were doing to their photographer.

One of our crews was attacked in Uptown.

Watch the video of the terrifying event below:

Before the police finally rush in to save the man, the scumbag rioters are actually trying to drag him into the fire in the middle of the road!!

This is just evil. Meanwhile Obama and Hillary Clinton are more than happy to praise “Black Lives Matter” while they constantly deride conservatives and Republicans. More

VIDEO: Rioters Beat White Man While He Was Pleading For Mercy