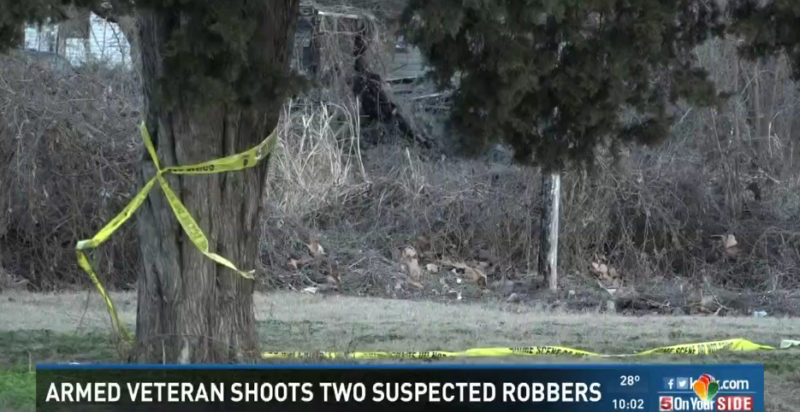 The 23-year-old attacker will be charged with the murder of his accomplice for his involvement in the crime once he is released from the hospital. “If you’re engaged in a forcible felony and someone (no matter who) dies during the course of your crime, you are accountable for murder…”

A 70-year-old Vietnam veteran defended himself with his legally concealed firearm against a pair of much younger armed robbers on Thursday near St. Louis, Mo.

“He feared for his own life,” Gibbons told the NBC affiliate. “He feared for the life of his friend and just took decisive action in that moment.” More