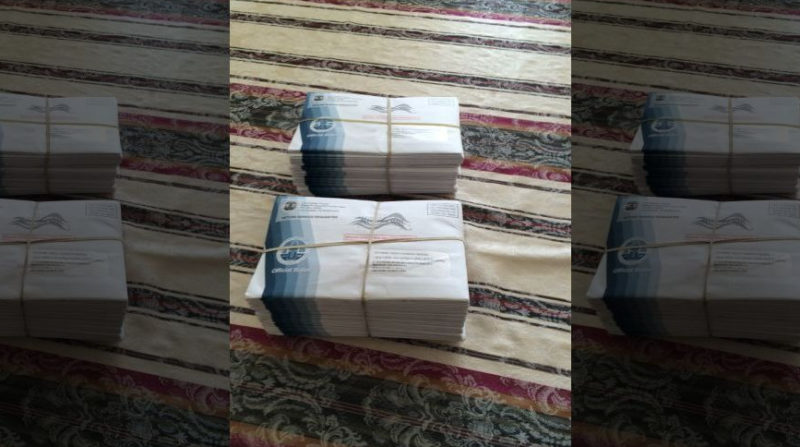 This can’t possibly be true, because corrupt Obama, crooked Hillary and the Democratic party said so.

Jerry Mosna was gardening outside his San Pedro, Calif., home Saturday when he noticed something odd: Two stacks of 2016 ballots on his mailbox.

The 83 ballots, each unused, were addressed to different people, all supposedly living in his elderly neighbor’s two-bedroom apartment.

“I think this is spooky,” Mosna said. “All the different names, none we recognize, all at one address.”

His wife, Madalena Mosna, noted their 89-year-old neighbor lives by herself, and, “Eighty people can’t fit in that apartment.”

They took the ballots to the Los Angeles Police Department, but were directed to the post office. They felt little comfort there would be an investigation, and called another neighbor, John Cracchiolo – who contacted the Los Angeles County Registrar’s office.

A spokeswoman for the Registrar said the office will investigate. Both Cracchiolo and Jerry Mosna told FoxNews.com they think they stumbled upon a case of fraud. More

Law Enforcement Under Attack; Strike Back At Obama’s Lack Of Support