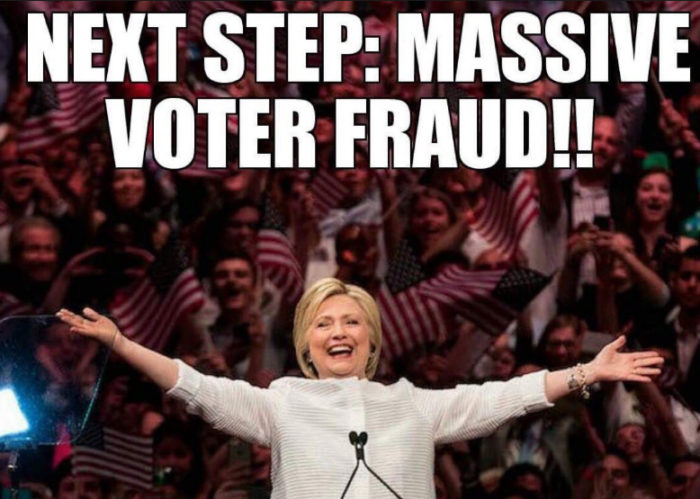 Just more nefarious and corrupt people trying to protect perhaps the very worst of them all, Hillary Clinton. Do these idiots not understand that you can go to jail for committing voter fraud? What the heck is wrong with these morons? They don’t care, because they believe the end justifies the means…

Mike Cernovich broke this story this morning at Danger and Play:

According to a former Secretary of Elections Department employee, there is a secret room where Democrat insiders fill out those absentee ballots.

The woman provided her sworn testimony via affidavit.

Here is the document:

The woman said she was asked to deliver ballots to a room where employees were filling out the absentee ballots.

The letter was signed by notary Robert Nichols.

Law officials have enough information to proceed in the investigation.

Mike Cernovich spoke about the criminal operation on Periscope: