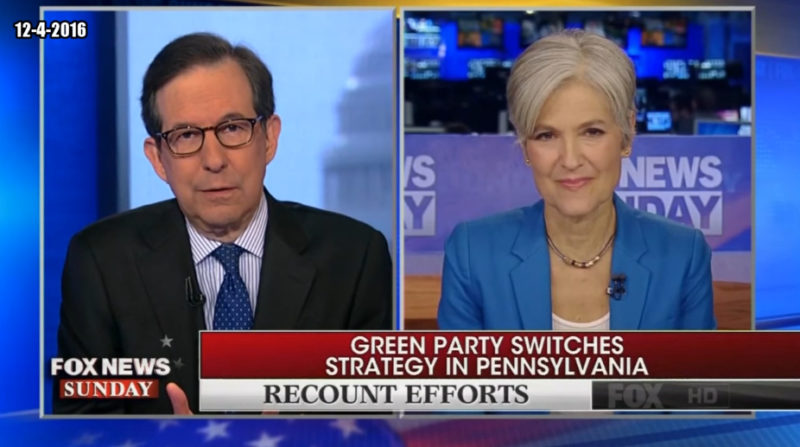 Jill Stein gets grilled by Chris Wallace over the validity behind her recount efforts in Wisconsin, Michigan, and Pennsylvania. It’s called muddying the water a subset of astroturfing that is funded by hero Soros. This woman is a fraud. She swindling people out of millions. The “American people” she references only consist of butt hurt Hillary supporters.

WZ: She basically has no actual reasonable reason to do it, apart from trying to cast doubt on our elections to help her revolutionary buddies and/or tie up the electors in the three critical states, so they are unable to vote for Trump.