Deplorable’s come in every color and we refuse to be defined by race. That scares the heck out of the liberals. They need a continued race war and the war on police to accomplish their evil end goals for America.

They thought organizations like the NFL and Hollywood would help force feed their ideas on the everyday American. But it has been a huge failure because they are still pushing the same old worn ideas. But have no doubt he left will continue to try and divide us…

TGP: The left hates America – its history, its values, its customs, its success, its people.

On Friday the far left Washington Post declared patriotism and love of country is racist.

That’s how much the left and Democrat Party hates America.

At least they’re open about it now.

The Washington Post reported: To Many Americans, being patriotic means being white.

It’s definitely a new low for the American left.

They are comfortable and open today with their hatred of America. 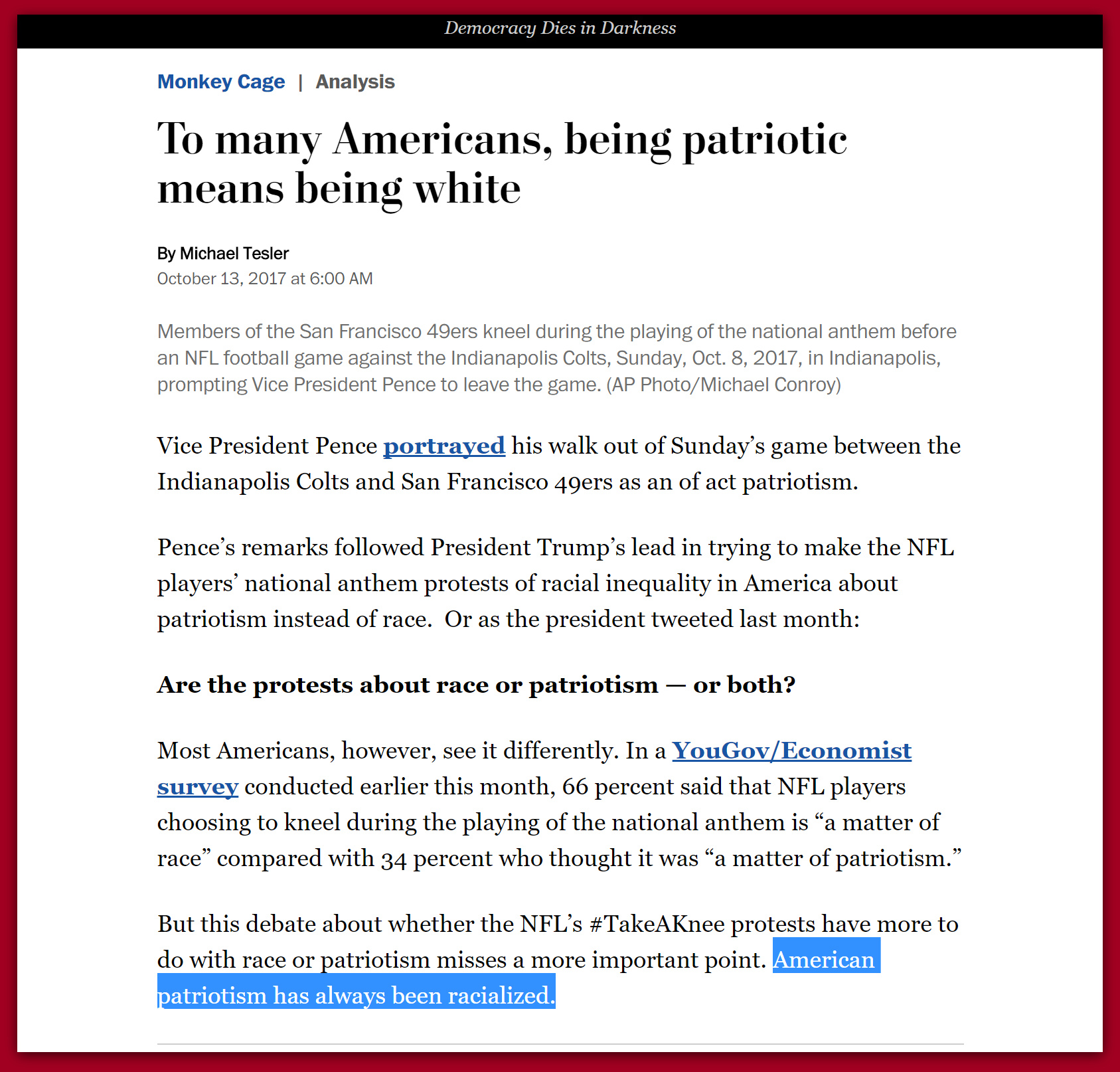 And by definition, if you love your country and happen to be black, Asian or Hispanic, you’re a traitor to your race.

This is the kind of filth the left is pushing today in America. They must be defeated at all costs.

William Harvey Carney was an African American soldier during the American Civil War. In 1900, he was awarded the Medal of Honor for his gallantry in saving the regimental colors during the Battle of Fort Wagner in 1863. During the battle when the color guard was fatally shot Carney retrieved the US flag and marched forward with it despite suffering significant wounds. 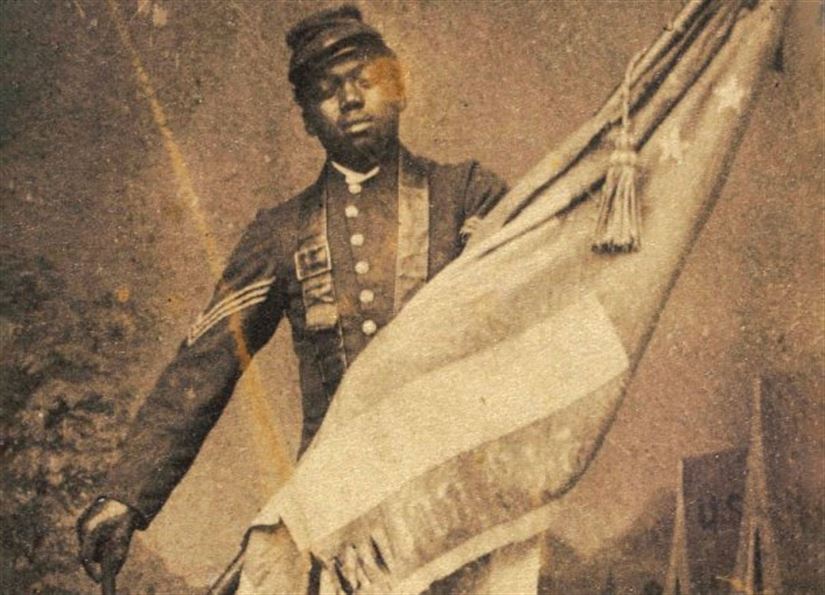 Army Sgt. William H. Carney was the first of the nation’s 88 African-American Medal of Honor recipients, earning the medal during the Union Army’s charge on Fort Wagner during the Civil War. Army photo

Carney was depicted in the movie “Glory.” He was a patriotic American.