I’m shocked… Totally shocked that liberals would lie and post fake news. Who the heck would ever believe this?

The lame-stream media has gone totally berserk, especially the WaPo and the NYT. As long as there are libtards out there roaming around, there will be plenty of suckers available to believe all of these lies and nonsense. 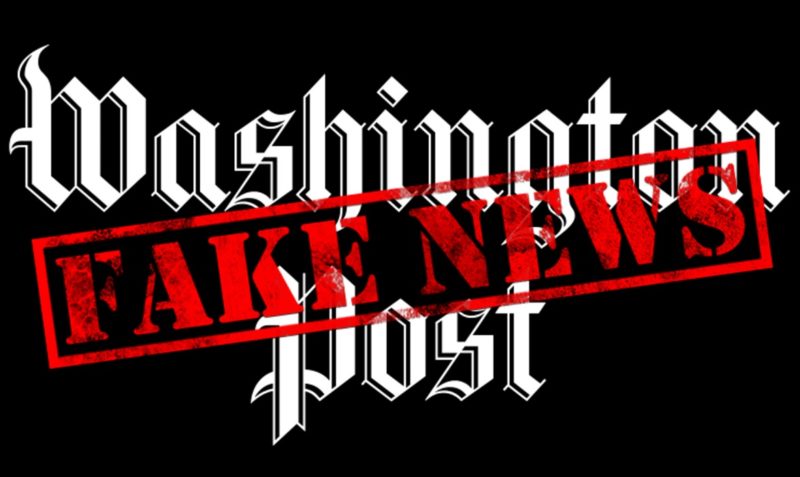 TGP: At this point, it almost feels like the Washington Post is trolling everyone with the amount of fake news they put out.

During the meeting wherein the Washington Post asserted that Jared Kushner proposed a secure line between the Trump administration and Russia, it was actually the Russians who proposed it, a source close to Kushner informed Fox News.

The source alleges that the permanent back channel “was never discussed”. What really happened was the proposal of a one-off call about Syria.

Fox News: A December meeting between Jared Kushner, President Donald Trump’s son-in-law and one of the senior advisers in the Trump administration, and Russian Ambassador Sergei Kislyak at Trump Tower focused on Syria, a source familiar with the matter told Fox News Monday.

During the meeting the Russians broached the idea of using a secure line between the Trump administration and Russia, not Kushner, a source familiar with the matter told Fox News. That follows a recent report from The Washington Post alleging that Kushner wanted to develop a secure, private line with Russia.

The idea of a permanent back channel was never discussed, according to the source. Instead, only a one-off for a call about Syria was raised in the conversation.

In addition, the source told Fox News the December meeting focused on Russia’s contention the Obama administration’s policy on Syria was deeply flawed.

Kushner suggested the use of Russian diplomatic facilities as a way to shield pre-inauguration discussions with Kislyak from monitoring, according to The Post.

The fake news from the Washington Post just keeps coming and yet they are never to be held accountable for some reason.

You can watch a Fox News video below wherein they discuss the fake news the Washington Post pushed: