WaPo: If You’re Upset About the Kate Steinle Verdict… You Must Be A White Nationalist

The SJW politicians who fight for rights for illegal foreign nationals while simultaneously diminishing and denying the rights of legal American citizens must be held equally liable for the actions of the illegal criminals they defend.

While yes, White Nationalists are in fact angry about the slaying and subsequent acquittal, they certainly aren’t alone — and being angry doesn’t mean that you are one. 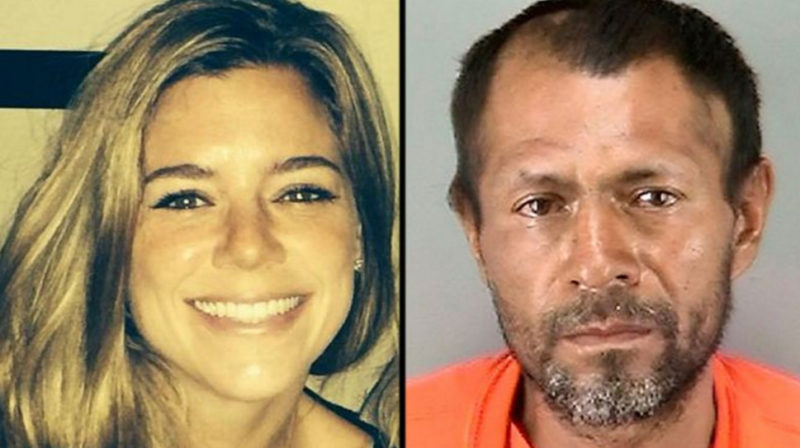 Angry Twitter users promptly seized upon the tweet to slam the outlet for their poor-taste in framing the issue.

So if you’re mad a seven time convicted felon got away with murder you must be a white nationalist. 👌🙄

You guys have been taking too many lessons from the Onion and National Enquirer lately. Bezos should stick to selling merchandise not propaganda and #FakeNews.

Everyone should get angered.

And it’s an ILLEGAL ALIEN, NOT “immigrant”.

The article linked within the tweet was titled, “Calls for ‘Kate’s Wall’ emerge after Mexican immigrant’s acquittal in Steinle killing.”

The hashtag #KatesWall began being used all across the right shortly after the acquittal of Jose Ines Garcia Zarate.

Garcia Zarate had been deported five times and convicted of seven felonies before killing Steinle.

Despite outrage about the outcome from all over the political spectrum, WaPo writer Kristine Phillips decided to invoke Richard Spencer and White Nationalism to drum up outrage over the justified indignation of Americans.

“Spencer is among many on the far right who were angered by the jury’s decision to acquit Garcia Zarate of not only murder, but also lesser charges of involuntary manslaughter and assault with a deadly weapon,” Phillips wrote. Her decision to lead her article with the obvious reactions of the alt-right seemed unnecessary and forced.

Buried within the lengthy article, towards the very end, Phillips eventually addressed the fact that there is anger over the verdict from all over the political spectrum.

WaPo: If You’re Upset About the Kate Steinle Verdict… You Must Be A White Nationalist