V.A. Shiva Ayyadurai called her out and she completely folded. Is she scared she would have to pay back the money she received or saved from lying about her Indian heritage?

This was her big chance to dispell the biggest joke on the internet about her, so obviously she has already confirmed she’s not American Indian or she would jump at the chance to clear her name.

If Elizabeth Warren had one drop of Indian blood in her, she would’ve happily taken this DNA test and posted the results all over social media. So, joke on people! 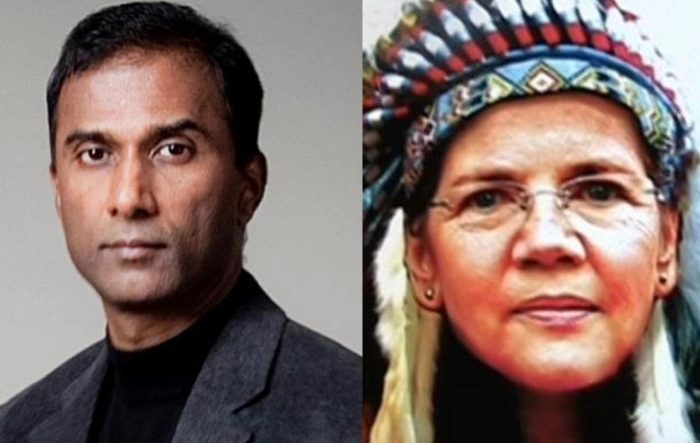 In 2012 Elizabeth Warren admitted she told Harvard Law she was Native American, meaning that she LIED shamelessly in order to get the job.

TGP: This year Fake Indian Elizabeth Warren has a real Indian challenging her for her Senate seat in Massachusetts.

Entrepreneur and inventor of Email V.A. Shiva Ayyadurai announced his candidacy for the US Senate seat currently occupied by Elizabeth Warren in February.

Last week V.A. Shiva sent Elizabeth Warren a 23&Me DNA kit for her birthday. The liberal senator claimed she was American Indian to push her ahead in her career. She isn’t.

And her GOP opponent called her on it.

Warren sent it back. She refused to take the test.