Does this threat indicate a conspiracy to obstruct justice?

Unfortunate she is only one of dozens of Dems who contracted these spies for ‘IT’ work on their computers. That’s why they’ve been busy claiming members of the Trump administration may be vulnerable to blackmail because between their IT guys, Hillary’s illegal e-mail servers, mishandling of classified info, and their pay to play scheme, are the Dems already now being blackmailed? 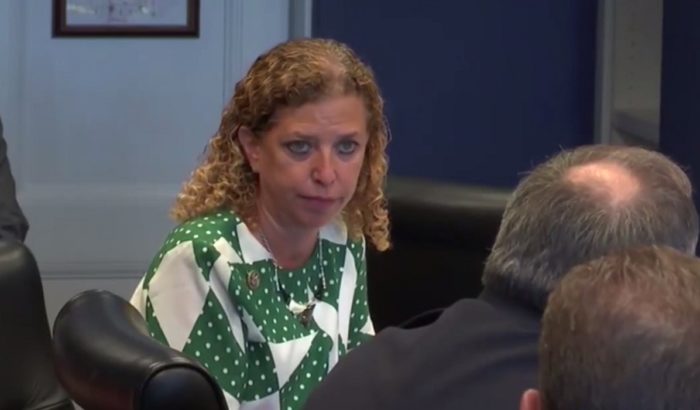 TGP: Former Chairman of the DNC, Debbie Wasserman Schultz threatened the chief of the U.S. Capitol Police with ‘consequences’ for holding equipment that she says belongs to her in order to build a criminal case against a Pakistani IT staffer suspected of massive cyber security breaches, The Daily Caller reports.

TGP previously reported on the Pakistani brothers currently under investigation. From February of this year:

Three brothers who managed office IT for government officials were relieved of their duties last week on suspicion that they accessed specific computer networks without permission, also known as hacking.

Abid, Imran, and Jamal Awan were barred from computer networks at the House of Representatives Thursday.

They accessed computers unauthorized. They were getting foreign information. The three brothers were making $161,000, $165,000, and $160,000. One of the brothers has a criminal background.

TGP also reported earlier this week that Congressional aides fear politicians are being blackmailed by the Pakistani IT suspects in the security breach.

Via The Daily Caller:

The Capitol Police and outside agencies are pursuing Imran Awan, who has run technology for the Florida lawmaker since 2005 and was banned from the House network in February on suspicion of data breaches and theft.

“My understanding is the the Capitol Police is not able to confiscate Members’ equipment when the Member is not under investigation,” Wasserman Schultz said in the annual police budget hearing of the House Committee On Appropriations’ Legislative Branch Subcommittee.

“I think you’re violating the rules when you conduct your business that way and you should expect that there will be consequences,” Wasserman Schultz said.