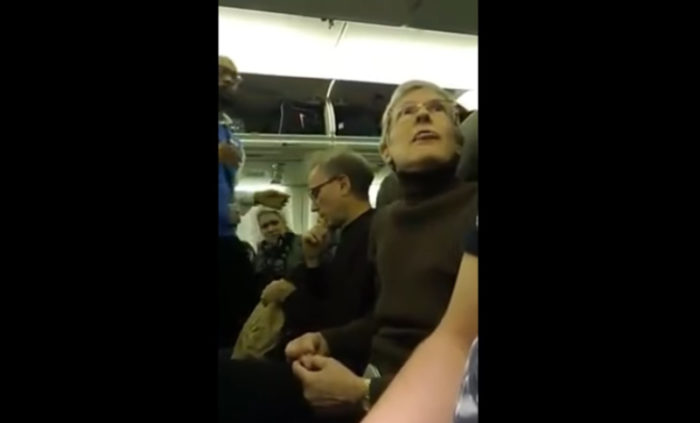 A liberal is the most hateful thing on the planet right now. You can see how absolutely fed up her husband is with her. Imagine dealing with this woman for decades…

B911: Video posted online by eVERYtHING alleges Trump supporter ‘Scott Koteskey was boarding a plane back to Seattle after the Trump Inauguration this weekend’ when he was harassed by an angry Democrat.

Koteskey says the woman threatened to get drunk and throw up on him because he supported Donald Trump.

She was removed from the plane.

The Clinton's Are Making A Plan For Their Comeback